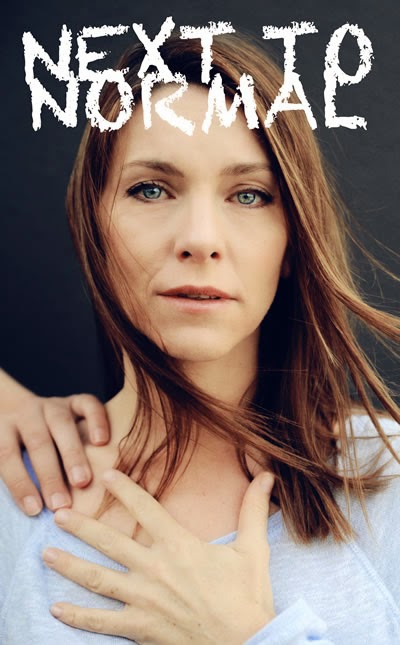 When you’re only a few minutes into the opening song of ‘Next To Normal’, you can already feel that you’re going to see something extraordinary.  Winner of three Tony Awards on Broadway in 2009 and the Pulitzer Prize for Drama in 2010, this production by Geelong’s Doorstep Arts is really something to experience.

The story concerns the battle of a woman suffering from bipolar disorder and the impact it has on her family.  It doesn’t sound very entertaining, I know, but you are immediately drawn into the action by interesting and well-written characters that you care about and there are flashes of unexpected humour along the way as well.  It’s chilling and confronting at times but it’s never depressing.

The contemporary rock score by Tom Kitt is full of memorable group and individual songs.  The lyrics by Brian Yorkey are insightful, at times witty and always very real.  The 6-piece band plays the score with clarity and sensitivity.  It’s conducted by Alistair Smith who also plays piano.  This is a show where you have to hear every word and the sound balance between performers and band was just right.

Natalie O’Donnell gives a stand out performance as Diana, the woman struggling with mental illness.  It’s a huge role that requires a strong singing voice as well as the ability to give depth to the highs and lows that this character experiences.  Anthony Harkin, who plays her husband, Dan, is excellent, showing the pain of coping with the illness of someone you love deeply and unwittingly adding to her problems.

Alex Rathgeber gives clever and subtle performances in the multiple roles of two of Diana’s treating doctors.  You quickly dread the thought of being in the care of these well-meaning but ineffectual professionals.  Brent Trotter’s extraordinary singing voice is perfect for the role of Diana’s son.  Without giving too much away, it’s this character that is at the core of Diana’s suffering and Brent Trotter plays this difficult role superbly.

Kiane O’Farrell gives a particularly multi-faceted and heart-rending performance as Diana’s teenage daughter struggling with her mother’s illness while striving to establish her own identity.  Clay Roberts gives a very warm and realistic performance as the boyfriend who sticks by her in spite of exposure to the family’s problems.

To represent the state of mind of the leading character, the performers constantly add, erase and redraw on the set and the floor in chalk.  It’s a startling concept that works very well.  Director, Darylin Ramondo has done a remarkable job with this show. It was a full house when I saw it last Wednesday and it deserves to be seen by a wide audience.  If you’re in Sydney, make a point of seeing this one!