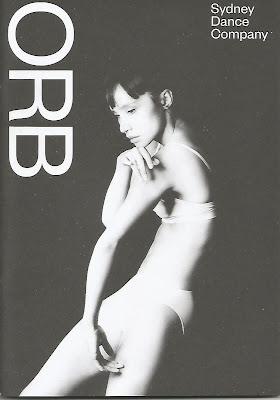 For this program, Artistic Director, Raphael Bonachela has divided the Sydney Dance Company into two separate groups of eight dancers. Bonachela has worked with one group to create a work entitled “Ocho”, and invited Taiwanese choreographer, Cheng Tsung-Lung, has worked with the other group to create a work called “Full Moon”. Together these two works, under the umbrella title of “Orb”, provide an evening of stunning contemporary dance which absorbing, sexy and exciting.

For his first work on the Sydney Dance Company, Cheng Tsung-Lung has employed an Asian fusion dance style and a celestial theme to create “Full Moon”. His dancers, representing various oriental deities, were costumed individually, in a variety of elegant flowing costumes, mixed with exotic sculptural shapes. They moved in and out of the shadowy, atmospheric lighting executing seemingly endless complex and graceful combinations to create a meditative, Zen-like mood, enhanced by an atmospheric score, by Lim Giong, which interweaves the sounds of traditional Taiwanese instruments with sophisticated electronica.

As the work progressed, a black curtain rose at the back of the stage to reveal a huge gold frame against an elegant, superbly lit backdrop, gracefully confirming the celestial theme of the work.
In complete contrast, both in mood and style, Raphael Bonachela’s work “Ocho”, a Spanish word for eight, commenced mysteriously with dramatic lighting stabbing through blackness. Eventually several figures are revealed, enclosed in a small glass fronted room, which later turns out to be part of a much larger space. The dancer’s costumes, grunge variations of active-wear, suggest that this may be a gymnasium. The mood is sensuous and erotic, as the dancers mill restlessly around the small room.

Then one dancer, Nelson Earl, escapes and performs an extraordinary solo. The mood suddenly becomes explosive and dynamic, accentuated by a driving soundscape from Nick Wales, which incorporates lightning strikes which herald a succession of aggressive solos and combinations. Eventually the work dissolves into an affecting unison section, performed to the sounds of Yolngu songman, Rrawun Maymuru, performing a songline referring to the passage between the Earth and the Milky Way, neatly referencing the theme of the first work “Full Moon”.

In his program notes, Bonachela indicates that the impetus for his work was to explore the virtuosity of his eight dancers, and “Ocho” certainly succeeds in this. Cheng Tsung-Lung has been equally successful showcasing each of his eight dancers in “Full Moon”.

In this way  “Orb” is  not only a  celebration  of the sixteen remarkable dancers who make up the current  Sydney Dance Company, as well as the extraordinary designers, composers and technical staff who surround them, but is also  a celebration of  the special skills and foresight of the remarkable director who leads them.

This review first published in the digital edition of "CITY NEWS" on 26.05.17