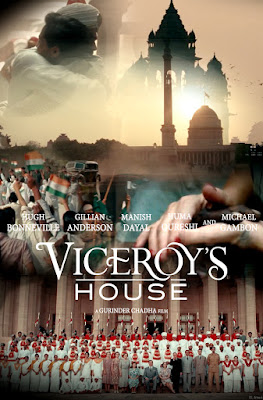 This sweeping historical drama is the work of a filmmaker with a happy knack for the comic and the absurd, and for discovering the spaces between cultures where people can meet and be themselves. With work as sharply observed and uplifting as Bride and Prejudice, Bhaji on the Beach and Bend It Like Beckham, how was Gurinder Chadha, being the kind of director she is, going to find her trademark warmth and optimism in the story of Partition? Was she even going to try?

Partition ripped the subcontinent asunder in 1947 leaving two great countries, India and Pakistan, at loggerheads. The sectarian violence it unleashed was no laughing matter. Chadha’s Sikh grandparents had seen the writing on the wall in the Punjab a few years earlier and they became part of the Indian diaspora living in east Africa, before they moved to London. The director has said that she just ‘had to’ make this film and the reasons for her personal connection with the events appear on screen just before the closing credits. Her commitment is understandable, but the result on screen is less compelling.

Great setting, though, bringing all the players together. The titular house of the last viceroy of India, Lord Louis ‘Dickie’ Mountbatten, was in fact palatial, far bigger than Versailles, and historically significant. It became the residence of the President of India when independence was declared that saw off the British Raj and centuries of colonialism.

Sent to India to do the deal, Mountbatten (a ruddy faced Hugh Bonneville) is revealed as a stickler for speedy efficiency. This is okay when you don’t want to waste time climbing into all that viceregal paraphernalia, but less a virtue when it comes to gentle persuasion and facilitating others to work out what they want for their future. Lady Edwina (Gillian Anderson in top form) cautions him and, in the veiled suggestion in her two-shot with Jawaharlal Nehru (Tanveer Ghani), looks like she would happily settle in.

The march of history towards Partition is overlain with the romance between a beautiful young couple who work for the Mountbattens. A Hindu man and a Muslim woman like Jeet (Manish Dayak) and Aalia (Huma Qureshi) who fall in love despite cultural differences was probably not unheard of then, even when wholesale sectarian slaughter was taking place everywhere, but the characters and the reasons for their mutual attachment is never given the underpinning it needs to make it real. Chadha and her co-writers needed to work harder on developing this narrative centrepiece to make it seem less of a device to bring the strands of story together and conclude with hope for the future.

Of course, the romance is a counterpoint to catastrophic historical events and a pure emotion that throws into relief the political manoeuvring, arrogance, compromise and faint-heartedness all around them. It was the politicians and the officials, some of whom are made to seem quite buffoonish, who carved the subcontinent up expediently, and unleashed one of the biggest movements of displaced people the world had then seen.

Viceroy's House was largely shot in Jodhpur in Rajasthan. Films that are set on location in India are usually vibrant and visually compelling but, for all the colour and movement, this is neither very satisfying period drama nor touching love story, when it could have been both.