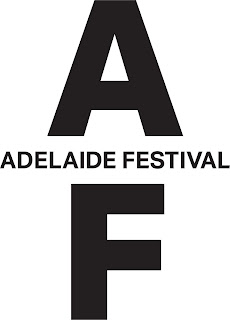 
In the fading years of the Nineteen Fifties, news executive, Sir Frederick Lloyd Dumas and Elder Professor of Music, John Bishop shared a luminous vision. In 1960, the first Adelaide Festival of Arts was launched with performances across almost all art forms, performed by companies from Adelaide, other states and across the world. Highlights included a production of T.S. Eliot’s Murder in the Cathedral, concerts by the Victorian and Sydney Symphony Orchestras, an appearance by British theatrical knight, Sir Donald Wolfit and the Dave Brubeck Jazz Quartet. Sixty years later, the Adelaide Festival is the leading arts festival in the Southern Hemisphere, second only to its sister festival, the Edinburgh Festival on which the Adelaide Festival was modelled. Originally a biennial festival, the Adelaide Festival is now an annual event and the thirty- fifth Adelaide Festival will be staged from February 28th to March 15th. At its helm will be co-Artistic Directors, veteran theatre director, Neil Armfield and renowned theatre administrator, Rachel Healy. Retiring General Manager is Rob Brookman who introduced  the world music festival WOMADelaide during his time as Artistic Director. In 2020 music enthusiasts will flock to the Botanic Gardens from March 12 - 15   for Compagnie Carabosse’s Fire Gardens fashioned from thousands of individual flames. The hugely popular and free Adelaide Writer’s Week  has also been embraced by the festival and artistic director Jo Dyer has introduced the theme Being Human to Writer’s Week which will run from February 29th. to March 5th.


This will be Armfield and Healy’s fourth year at the helm. Together they have staged three previous remarkable festivals, highlighted by Barrie Kosky’s productions of Handel’s Saul and  Mozart’s The Magic Flute. Armfield has also directed groundbreaking productions of Andrew Bovell’s adaptation of Kate Grenville’s Secret River in the Anstey Quarry and Brett Dean’s contemporary operatic interpretation of William Shakespeare’s Hamlet. I ask Armfield what it is like to be programming their fourth festival.


“Every show has its own quirks and characteristics and you work to make it as good as it can be.” Armfield says. “It’s like giving birth to a child. We don’t tend to go in with a particular theme. We go in looking for a specific energy. Our approach to programming has been very mindful of the 60 year anniversary and that’s particularly I think in the large public events -  like the Doll’s House that Japanese visionary artist Tatzu Nishi  is constructing in Rundle Mall. – the Tim Minchin free opening concert – the Fire Gardens –the installation in the Botanic Garden –These works are spread across the entire city and work for all ages. It’s also in the restudying of Lloyd Newson’s Enter Achilles that he brought to Adelaide in 1996  and he is again looking at the iconic DV8 dance work in the light of Brexit and the Me Too movement.”

Famous opera director Romeo Castelluci tackles this head on in the Australian premiere of Wolfgang Amadeus Mozart’s Requiem. At the back of his stage design is a list of things that have become extinct. That morphs into things in danger of becoming extinct and things that are not in danger or don’t seem to be in danger but invite us to imagine a world without them. Castelluci’s vision is a lament for what might be “profound, primal and never to be forgotten”


With this driving inspiration in force in Healy and Armfield’s programming, I cautiously venture to ask if he could suggest highlights  for audiences who may need to be selective in their choice of programmes and timing. How does one select highlights in a programme that is filled with highlights across all art forms? Perhaps it would be wiser to focus on theatrical offerings and leave readers to visit the online programme to make a wider selection. With this in mind I enquire about other festival offerings that visitors to Adelaide might not want to miss.
Another Australian premiere and Adelaide Festival exclusive is Robert Icke’s Almeida production of The Doctor, featuring Dame Juliet Stevenson as a doctor confronted by the timely issues of religious freedom, medical ethics, gender and class when she refuses a priest entry to a teenager’s bedside to save the girl’s soul.


“It’s a really remarkable work.” Armfield adds. “It connects very much with this context in our society.”


Over four days and twelve separate concerts four choirs – the Norwegian Soloist’s Choir, The Tallis Scholars from the UK, the Netherlands Chamber Choir and Australia’s The Song Company  will sing the 150 psalms from the 3000 year old Hebrew Book of Psalms.  Audiences may select any or all concerts. “Each concert is tied to a theme,” Armfield explains which has to do with refugees or issues in the world like powerlessness and leadership and each is introduced by a contemporary thought leader. The music ranges from Gregorian chant to new settings by composers including Claire Maclean, Cathy Millikie, Kate Moore and Elena Kats-Chernin.

Another ancient text that is being reinterpreted in the festival is William Zappa’s adaptation of Homer’s The Iliad. After a hugely successful season at Belvoir during the Sydney Festival, The Iliad comes to Adelaide with Zappa performing with Heather Mitchell, Blazey Best and Socratis Otto. Michael Askill accompanies on percussion and Hamed Sadegi lends an authentic tone on the Persian oud. With such artists, the snappy nine hour reading will enthral audiences, immersed in the retelling of Homer’s ancient myth. “We find that people are booking for the nine hours rather than just a part of the experience.” says Armfield. “ It opens up this work which is at the heart of all our Western Art. Homer was the first cinematographer almost. He has a way of describing it that when you hear it in a performance you realize that he was looking with an eye that prefigured cinema. The work reminds us that all of western literature and western theatre and poetry goes back to this source.”


With so many highlights to mark the festival’s twenty year anniversary, audiences will be challenged in their selection. Dance enthusiasts will want to see the Lyon Opera Ballet’s Trois Grandes Fugues, choregraphed by three amazing contemporary choreographers, Lucy Childs, Anne Teresa De Keersmaeker and Maguy Marin. Combining the elegant with the wild and free-spirited with blood-red rage against death, it is hardly surprising that the work should have been hailed by The TImes as “ a dazzling display of dance at its most inventive and transporting.” Lyon Opera Ballet takes on the challenge of interpreting Beethoven’s masterwork, The Great Fugue for Strings.

Imagine a dance created by fingers and hands inside beautifully realized little sets. Edinburgh Fringe’s top award-winning Cold Blood from Belgium tells the story of seven stupid deaths in an almost indescribable hybrid theatre performance.
Considered the greatest opera of the 21st century “along with  Hamlet” Armfield adds with a note of  pride, Opera Ventures and the Scottish Opera’s production of Lars von Trier’s unforgettable 1996 film classic, Breaking The Waves , composed by Missy Mazzoli with a libretto by Royce Vavrek “is a must see for opera, music and theatre lovers alike.”


After premiering at the Sydney Festival, Nigel Jameison’s staging of Bungul will appear at the Adelaide Festival.  The work is a celebration of Gurrumul Yunipinju’s final album Djarimirri  (subtitled Child of the Rainbow) and has been developed by members of Gurrumul’s family. It is a work of ritual, of dance and harmonised chants from Gurrumul’s traditional Yolnju life with great orchestral settings of his final album.


To say the 2020 Adelaide Festival will have something for everyone would be an understatement. A browse of the programme reveals a plethora of gems across all aspects of the arts. Arts enthusiasts will have the choice of 74 events including 19 playing exclusively in Adelaide, 16 Australian premieres and 7 world premieres.  “Rachel and I have got a bit of a rhythm up in the development of an understanding of what was working and what people were loving In our first three festivals. We go into the 2020 festival with maybe more of sense of confidence about what audiences will travel for and what can really animate this city at that time. Getting the theatre programme together has been quite tricky.  That’s just circumstantial in a way.  We had a number of works that we were pursuing that for one reason or another  couldn’t happen but The Doctor came  and was secured only days before the cut off for the programme. The response to that show and the programme has been phenomenal “


And that perhaps is why Adelaide at Festival time is the place to be!
ADELAIDE FESTIVAL 2020 February 28 - March 15
ADELAIDE WRITERS WEEK: February 29 - March 5
WOMADelaide:  March 6 - 9
Bookings: Bass 131 246 or www.adelaidefestival.com.au


Posted by Canberra Critics Circle at 8:31 AM