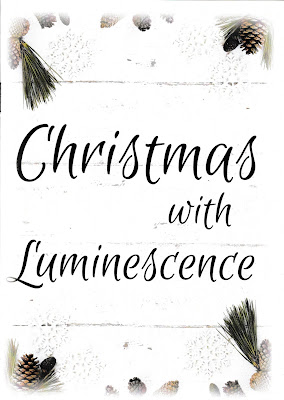 A concert with either the Luminescence Chamber singers or the Luminescence Children’s Choir is always an event but to attend a concert performed by both groups is something quite special.  Add the atmosphere of the beautiful All Saints Anglican Church at Ainslie and you have an evening to remember.

Based in Canberra, the Luminescence Chamber Singers have been active since 2013.  They perform a wide range of repertoire from the Renaissance to the 21st century.  Led by musical director, Dan Walker, the eight singers all have impressive individual qualifications and performing credits.

The Luminescence Children’s Choir has been singing since 2016.  Conducted by their founder, AJ America, the choir has performed at various national institutions around Canberra and has toured to other capital cities for various festivals.

In this Christmas concert, the choirs performed a wide-ranging program from across the centuries including works by European composers from the 17th century up to the present day as well as songs by contemporary Australian composers.

All of the songs in the concert were performed very well but there were some that were particularly outstanding.

The children’s choir gave a heart-felt performance of Australian Ben Van Tienen’s lovely “Just One Star”, accompanied by a fine performance on the cello by Emma Rayner.  The John Howell arrangement of the Basque song, “The Angel Gabriel” was also impressively sung by them with an especially fine piano accompaniment by Veronica Milroy.  Their final song, “Deo Gracias”, from Benjamin Britten’s “A Ceremony Of Carols” was given a rousing, dramatic performance that deservedly received strong applause from the audience.

The chamber choir also impressed with Australian Joseph Twist’s challenging and dramatic “Jubilate Deo”.  It was sung technically very well and with obvious enjoyment.  Another highlight by the chamber singers was their powerful, clear performance of “This Day Christ Was Born” composed in 1611 by William Byrd.

The concert finished with a stunningly beautiful performance by the chamber singers of the well-known carol, “We Wish You A Merry Christmas”.

If you were in the audience for this concert then you’ve already received your best Christmas present for this year.

Len Power’s reviews are also broadcast on the Artsound FM 92.7 ‘In the Foyer’ program on Mondays and Wednesdays at 3.30pm.
Posted by Canberra Critics Circle at 8:11 AM