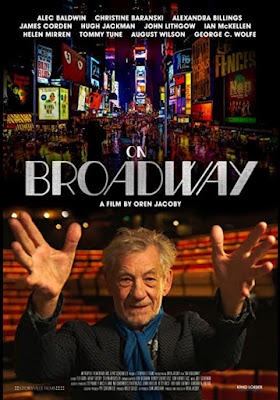 Streaming on SBS On Demand

Although the Covid pandemic caused Broadway theatres to close down for nearly two years, until that happened Broadway had been enjoying a surge in popularity.  New shows like ‘Hamilton’, ‘Come From Away’ and ‘Dear Evan Hansen’ were playing to sold out audiences night after night.

‘On Broadway’, a new documentary directed by Oren Jacoby and currently streaming on SBS On Demand, celebrates that current popularity but also shows how New York almost lost the Broadway theatre district fifty years ago.

The story of Broadway’s current renaissance is a fascinating one.  Crime and a nearly bankrupt city caused people to stay away from the area in droves in the 1970s.  Times Square was run down and dangerous and many theatres were closed for long periods.  Real estate developers talked of razing the theatres and building high rise office blocks and apartments as a way of improving the area.  Broadway was in trouble.

Happily, theatre seems to survive against all odds.  Some theatres were lost but there was also an influx of highly successful, long-running British musicals from Andrew Lloyd Webber and Cameron Mackintosh.  The Disney organization noticed the huge amounts of money being made by these shows and decided to get in on the act.  The deteriorating New Amsterdam Theatre on 42nd Street was rescued and restored back to its spectacular Art Deco beginnings as a new home for Disney stage musicals.  The success of this venture was the start of a clean up of the whole Broadway area and the rise of the theatre to its new vibrancy today.

In the documentary, an all-star cast tells the inside story of the Broadway theatre, and how it came back from the brink thanks to innovative work, a new attention to inclusion and a sometimes uneasy balance between art and commerce. Legends of the stage and screen, including Helen Mirren, Christine Baranski, August Wilson, James Corden, Alec Baldwin, John Lithgow, Viola Davis, Hugh Jackman and Ian McKellen, take us behind the scenes of Broadway's most groundbreaking and beloved shows, from ‘A Chorus Line’ to ‘Cats’, ‘Phantom of the Opera’ and ‘Hamilton.’

This isn’t just a rosy picture of Broadway.  Some of those interviewed express concern at the prohibitive cost of mounting shows on Broadway.  The high risk of failure sees a lack of experiment and adventure in new shows.  Producers are mostly playing safe with juke box musicals and shows based on recognizable hit movies.  High ticket prices are making it impossible for many people to afford to see a show and tourists rather than locals account for most ticket sales these days.

This is an excellent documentary and a must see for anyone interested in theatre.  It’s currently streaming for free on SBS On Demand.