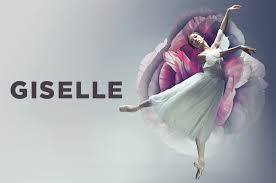 The Canberra Symphony Orchestra
Canberra Theatre 21st to 25th May 2015.


With Peter Farmer’s lovely autumnal sets and costumes refurbished, and with a new generation of dancers coached in the roles by Gielgud herself, this production reclaims its place as one of the jewels in the Australian Ballet’s repertoire.


The role of “Giselle” is the Everest all ballerinas aspire to conquer at some stage in their career. Although it demands exceptional technique, purity of line and physical strength, the role of the young peasant girl who falls in love with a nobleman, then loses her mind and dies when she discovers that he is already engaged, offers limitless possibilities for individual interpretation, and like “Hamlet” for an actor, can be career defining for a dancer.


Five ballerinas will dance the role during The Australian Ballet’s season in Canberra, including Madeleine Eastoe, who will give her Canberra farewell performance before retiring from dancing. The honour of the opening night performance was given to former Canberra dancer, Lana Jones.


One of the company’s most experienced ballerinas, Jones is especially admired for her steely, athletic technique and bravura style. Her Giselle is therefore something of a revelation. Initially happy and uninhibited when dancing with her friends; sweet and tentative when shyly responding to the advances of the handsome young nobleman, Albrecht; reckless and frightening as she slips into madness, her portrayal is affectingly realised.


But it is the second act, when she returns as a ghostly wili, commanded by the Queen of the Wilis, to entice the grieving Albrecht to dance until he dies, that Jones’ performance becomes truly magical. Superbly partnered by Adam Bull, she appeared totally ethereal and weightless, barely touching the stage, as she gently danced with Albrecht, coaxing him to dance with her until dawn when the wilis would lose their power to destroy him.


Tall and handsome, Adam Bull was perfectly teamed with Jones, and his thoughtful, multi-faceted portrayal of Albrecht was convincing and beautifully danced.


Despite her diminutive stature, Ako Kondo was an impressive Queen of the Wilis, dancing brilliantly and imperiously commanding the stage, and a similarly strong performance from Andrew Killian, as the jealous forester, Hilarion, surprised with his ability to garner sympathy for his character.


Particularly satisfying at this performance was the accuracy and attention to detail evident in the ensemble dances. The characterisations among the first act peasant ensemble were enthusiastic, intelligent and supportive adding strength and believability to the story, especially during the “mad” scene.  In the beautiful second act, the dancing of the wilis was breathtakingly precise and serene, adding immeasurably to the success of a superb performance which drew an ecstatic response from the packed auditorium.