The Wizard of Oz after L. Frank Baum

Reviewed by Frank McKone
May 14

If you thought, as did the young people I asked in the foyer at the end of this hour and ten minutes of imagist theatre, that The Wizard of Oz was a ‘nightmare’ and ‘self-indulgent’, then it’s a good idea to read the plot summary of the original horrifying children’s story at  http://en.wikipedia.org/wiki/The_Wonderful_Wizard_of_Oz#Plot_summary .  Adena Jacobs’ weirdness is nothing compared with L. Frank Baum.

My interviewees said they were ‘lost’ (like, 'it was lost on me'), unable to understand what the show was about, and could not even offer any theories.  I thought the old woman in the wheelchair at the end might have been Dorothy whose life (including for some reason her sexual life, which I’m sure was not alluded to in the book) had been utterly ruined by her childhood nightmare Munchkin experience – actually the result of the terror she felt as the tornado took her house up and smashed it to the ground.

I also wondered, because of the nightclub style singing of It had to be you and the fact that Somewhere, over the rainbow only got as far as the word ‘Somewhere’, whether this was some kind of oblique reference to Judy Garland whose fame began as a child with playing Dorothy, and whose life also turned nightmarish after that toe-tapping fantasy version of Baum’s story.

Then again, maybe – since all the parts except the cowardly lion were played by women with most of their parts exposed at various times – this play was meant to be some kind of twisted feminist plot.  But then I couldn’t for the life of me work out what was supposed to have happened or what it meant.

Perhaps it was meant to be a satire of The Wonderful Wizard of Oz (that’s the original title), showing how a woman’s life is anything but wonderful.

Anyhow, at least I suppose it led me to think a bit, even if only in ever-decreasing circles.

As a creative work of art, I can’t give it too much praise, despite the obvious demands on the actors’ skills which I presume they carried out as required.  As a teacher of improvisation from way back, it struck me as a case of a potentially interesting idea workshopped to within an inch of its life.  Most of it wasn’t boring to watch, but then I approached it after a scrumptious dinner and half a bottle of good red wine.

To conclude, I thought the most disciplined role was Toto, the little fox terrier who paid attention and never misbehaved.  So much for the injunctions against acting with animals.

I leave you to viewing the photos below.

The cast is listed as 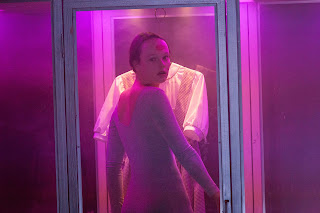 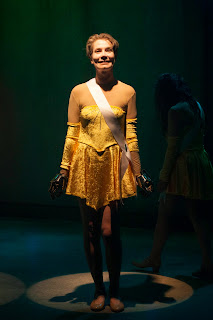 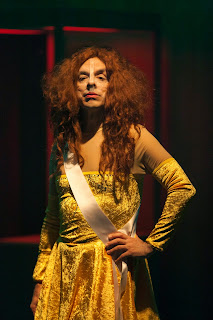 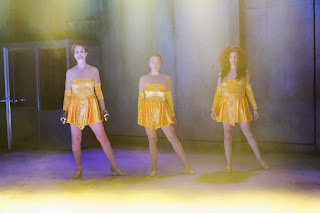 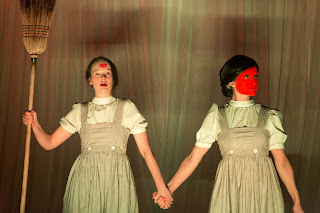 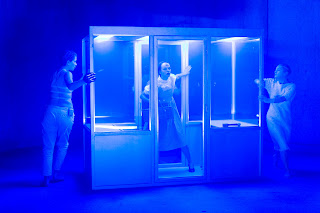 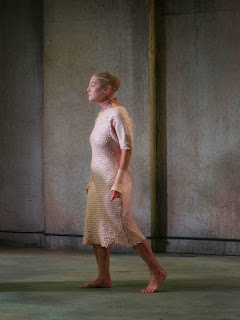 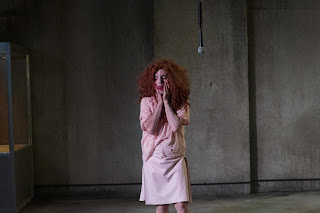 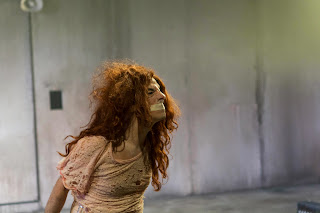 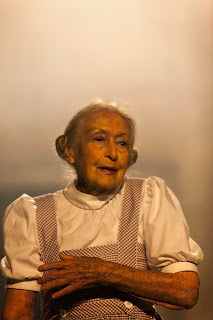 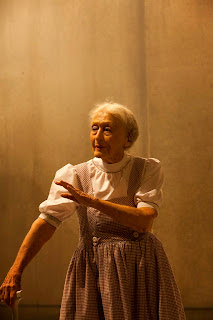 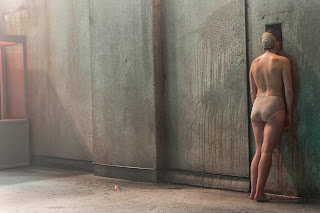 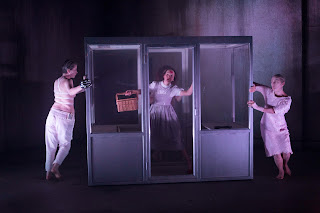 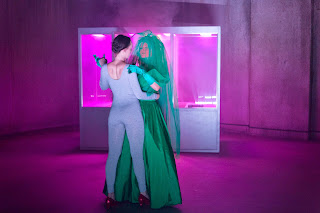 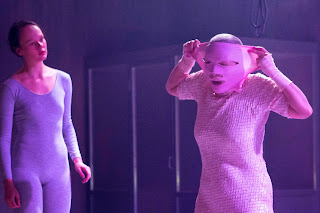 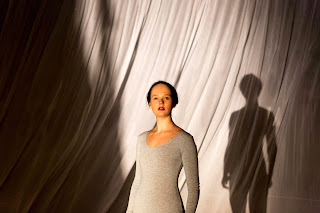 Posted by Canberra Critics Circle at 12:02 AM