The curators have arranged the exhibits so that viewers should progressively find themselves exploring works that are, in some ways, more challenging.

We commence with Janhavi Salvi’s Mary had a little lamb - not about the nursery rhyme per se, but about the processes through which humans have turned sheep into domesticated animals. This is done via a marvellous interactive, three-dimensional digital interface coded by Salvi.

Then we see several images Tessa Iverson captured using a digital camera fitted with a body cap with three pinholes. Each incorporates three perspectives of the same rural landscape. This experimental work was, for me, evidence that this contemporary artist is growing in her practice.

Next, Kayla Adams shows her interest in the urban form, with images of the one building taken from different places where she could emphasisie sightlines and symmetry. 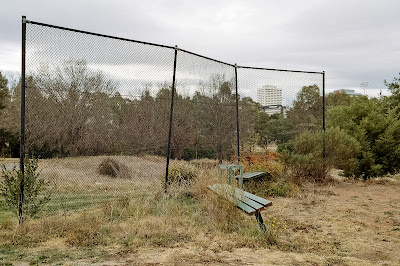 Jordan Stokes exhibits three giclee prints of Burrinjuck Dam, each taken whilst it was shrouded by smoke and severely impacted by drought. These reminded me again that the land has been impacted by climate change. 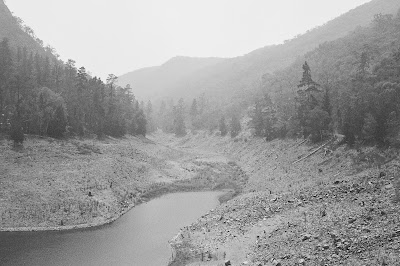 Bridget Baskerville contributes four large prints plus a hand-crafted photobook of images, all captured in her home town of Kandos. They range from almost formal studies inside her grandmother’s home to quite raw images. One is titled Tennis Court - we would have no idea of that location without the title. The same is true of another - Brogan’s Creek Road. That does not matter – both images successfully tell us things about this small town in the Central Tablelands. A video on the Photo Access online gallery has a soundtrack of Baskerville’s reminiscences as she turns the pages of the book. 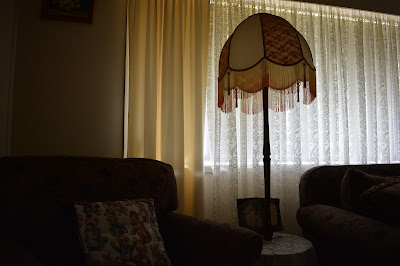 Further along are three richly colourful portraits by Adanna Obinna of her friend Julia. They beautifully document this woman of colour, an ex-refugee now settled in Australia. 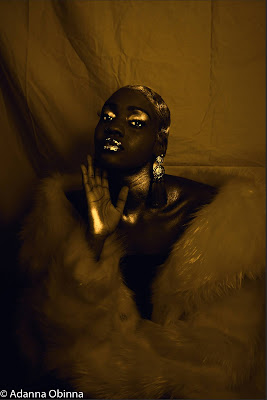 Three images by April Davis explore the attachments we have to our bodies, land and objects. With her grandmother during the pandemic, she photographed the two of them indoors, herself wearing a formal gown intended to draw our attention to the constraints experienced. My small gripe is that the gown did not leap off the prints to capture my attention.

After that come works by Alex Flannery – two of places and two of people from the Cowra area where he grew up. For me, the people images are the strongest, essentially because they portray interesting characters. 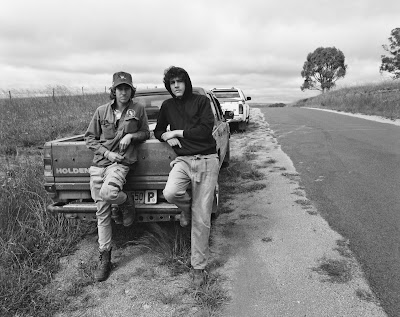 Claire Fletcher shows just one print - I am my Mother’s Daughter. It cleverly superimposes portraits of both herself and her mother so as to explore their relationship. After seeing it on opening night, Photo Access member Ian Skinner used social media to identify it as his pick of the show - “A very delicate interpretation with a sound underlying concept that supports the visual beauty of the image rather than vice versa.”

Finally, we spend time looking at a video by Sofia Dimarhos, and closely studying three inkjet prints that she has turned into wonderfully intriguing sculptural forms. All these works use the human body as raw material. They both explore and celebrate its form. 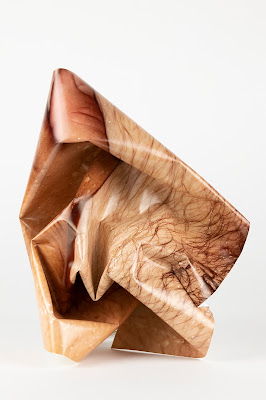 Photo Access has included an excellent commissioned exhibition essay in a limited-edition high-quality book of the show that can be purchased from its shop.

A slightly edited version of this reiew was published by the Canberra Times on 15/2/21 here. It has also been published on the author's personal blog here.