One Man In His Time by John Bell 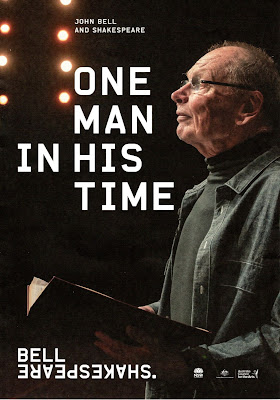 One Man In His Time by John Bell and Shakespeare.  Bell Shakespeare at Canberra Theatre Centre Playhouse, Wednesday and Thursday, April 14-15, 2021.

Conceived and performed by John Bell

I’m not quoting his words exactly – my 80-year-old memory, two months younger than Bell’s, is a disgrace in comparison.  Not only can he give us many of Shakespeare’s most significant speeches, he makes One Man In His Time a masterclass study of that other actor/writer’s universal truths.

His audience ‘got it’ when it came to issues like political leadership in modern times,  well before the ‘T’ word was spoken.  Manipulative advertising men as Prime Ministers didn’t even need to be mentioned by name.

Trust in Shakespeare is the message, as Bell has done throughout his life in acting roles, as a director and founder of the Bell Shakespeare theatre company, “Thanks to an innate love of theatre and the inspiration provided by two wonderful high school teachers.”  His show was devised to celebrate Bell Shakespeare’s first 30 years as arguably the longest-lasting and only truly national Australian theatre company.

I found myself feeling inspired by John’s elucidation of that other writer/ performer/ director man in his own time (probably b. April 23rd 1564 – definitely d. April 23rd, 1616); but I also felt that I would love to understand more about our own famous theatre man in his time (November 1940 – 2021 ongoing…, or at least since about 1955 when those teachers grabbed his attention).

His illustrations from the History plays, the Roman plays and especially Hamlet, King Lear and The Tempest – and his demonstrations of how to play the enormous variety of Shakespeare’s characters –  revealed, with the immediacy of an actor we undoubtedly could trust, exactly the attributes Bell has described in his note “From John Bell”:

“In putting together this meditative piece about Shakespeare I avoided structuring it around any one theme in case it got too academic.  Instead I have chosen to focus on just a few of his attributes: his compassion, empathy, shrewd understanding of politics and power structures, his earthy humour and, of course, his peerless poetic language which,” he says, “will go on living only if we go on speaking it and listening to it.”

My interest in knowing more about the real John Bell has been stirred in recent times by reviewing what I have seen as a new genre which  I have named Personal Theatre.

The most recent is Stop Girl, a 90 minute piece at Belvoir, Sydney, written by foreign correspondent journalist Sally Sara.  Her central character, “Suzie”, is a true representation of Sally’s personal reaction, post traumatic stress disorder, following years of war-zone reporting.  Her play is double-edged, showing the horror of war for others as well as for herself, even as a professional objective reporter.

Another extraordinary piece, by Canberra dance artist Liz Lea reveals her lifetime experience, through a solo dance with spoken word, Red, of suffering from endometriosis.

An experience of a quite different kind, but again effecting a change of life, is shown in My Urrwai, in which Ghenoa Gela, again in dance and voice, tells her story of re-engaging with her original culture in the Torres Strait after a childhood in Brisbane.  This is a story of gaining new appreciation and personal strength, in life and as a performer.

I would look forward to, perhaps, something called When the Bell Rings.

I first saw John Bell when “In 1964 he was a sensational Henry V, with Anna Volska as Katherine, in an innovative Adelaide Festival tent presentation. The Sydney Morning Herald called him ‘a possible Olivier of the future’”.  Since then I have maintained an interest in his career before and after establishing Bell Shakespeare, and since my retirement from drama teaching in 1996 I have reviewed his work as performer and/or director of 9 shows, from King Lear to Carmen; from the Bell Shakespeare art exhibition The Art of Shakespeare to Christopher Hampton’s translation of The Father by Florian Zeller.
[https://liveperformance.com.au/hof-profile/john-bell-ao-am-obe/ ]
[https://frankmckone2.blogspot.com/search?q=John+Bell ]

Of The Father, I recorded “Of course, especially for John Bell playing Anne’s father André, the short scenes are not so simple.  As he has said ‘I find this text particularly tricky to learn – and I think I speak for the other actors as well – because it’s very fractured and you need to make your own links between phrases.  It’s just short grabs of text, which are hard to learn.  It’s easy to learn a slab of Shakespeare, for instance, or Chekhov.  They write these long passages that have an internal logic, that might even rhyme’.”

Watching The Father, I also found myself, already in 2017, beginning to worry about how I might cope with the onset of dementia “when you, if you are unlucky, reach a late stage of dementia where memory becomes completely unreliable but your feelings in reaction to others – who are by now caring for you full-time – are just as strong as ever, even though you are misinterpreting reality.  It’s even worse when you realise that you don’t actually understand things at all.”  I was amazed at Bell’s performance, considering questions like what will John Bell do when his memory gets as bad as mine, and how does an actor know when s/he is acting or not; or knows, as my mentor Ton Witsel put it, when you are only ‘acting acting’?

(Ton worked at the Old Tote as Mime and Movement Director in the 1970s with John, who had been the original Director, and was then Associate Director for the later tour to the South Pacific Festival of Arts in Suva, Fiji, of the iconic new wave Australian play, The Legend of King O’Malley by Michael Boddy and Bob Ellis).  [https://evols.library.manoa.hawaii.edu ]


So, maybe I was hoping for Two Men In Their Times – William Shakespeare and John Bell, but perhaps that’s an unfair expectation.  One Man In His Time at a time is surely enough. 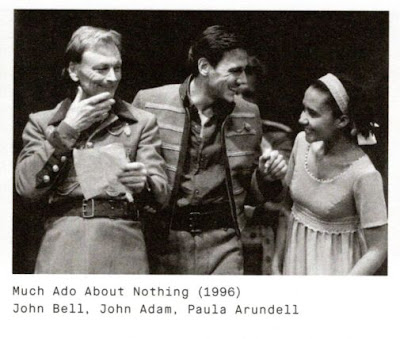 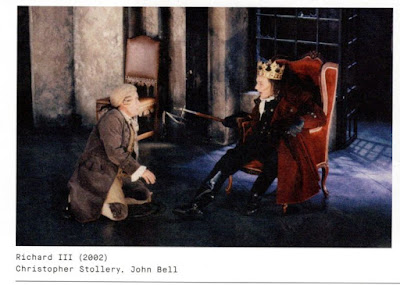 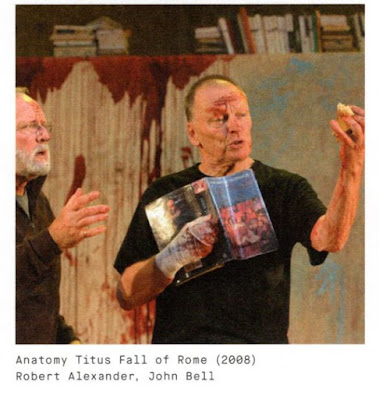 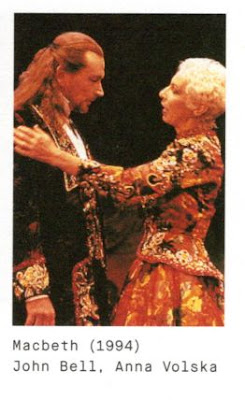