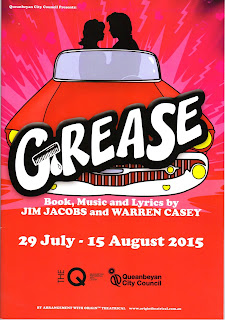 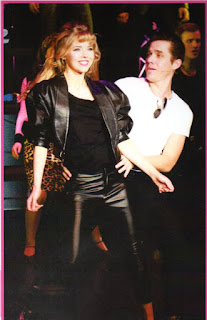 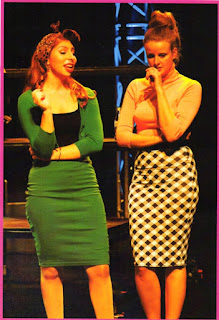 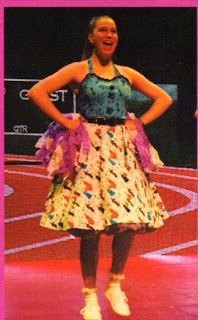 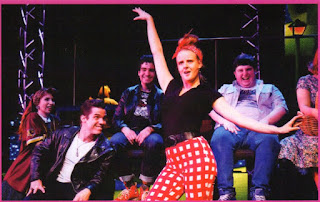 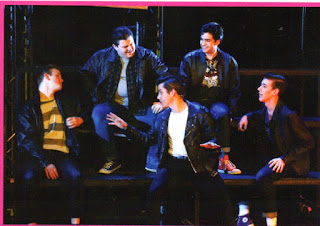 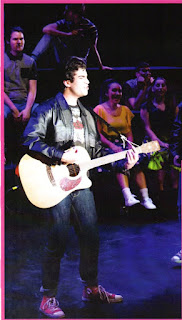 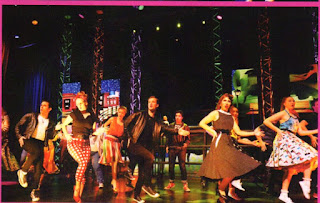 I can judge this production of Grease in two completely different ways: on its immediacy on opening night in Queanbeyan in 2015; and on its place in the history of this musical, which began as a local community show for young people in Chicago in 1971 “in an old trolley barn (now the site of a hospital parking garage)” [https://en.wikipedia.org/wiki/Grease_%28musical%29] and went on to hold an amazing record in its day:  “At the time that it closed in 1980, Grease's 3,388-performance run was the longest yet in Broadway history....”

I simply had to list almost everybody involved here, because I’m sure that almost everybody had at least one family member in the audience.  The casting was terrific, the choreography and dance performances exciting, musically the band handled not only the 1950’s rock but all the other stylistic references in excellent fashion, the quality of all the singing matched the demands made by the show (including the very funny almost satirical high-pitched extenuating vocal flourishes by the men) – in other words Grease rocked along as it should.

There was no doubt about the enjoyment value on Wednesday’s opening night which will surely see Queanbeyan still rocking on August 15 for closing night.

I did find myself a little concerned about the balance between the singers’ voices and the band sound.  It was perhaps ironic that we critics had heard Chris Neal explain, when he spoke in our Canberra Critics’ Circle Conversation (Monday July 13, 2015), how difficult it is when everyone is miked individually to balance the sound across all the mikes while avoiding feedback.  I’m not sure how the band was miked on this occasion, but I’m sure even on Broadway, in the 1970s, microphones were fewer and farther between – and therefore easier to manage.

That was a segue to my other kind of question of judgement.  Rather than be critical of the show, this is a bit of critical writing about the show.  Whatever I say will not adversely affect your enjoyment, but may add something to the experience.

I was a bit surprised – not having been an aficionado of Grease – to see what seemed to be a switch from a light-hearted take, sometimes even a bit of a spoof, on conventional high-school romances into a not at all comfortable experience for Rizzo when it appears that she is pregnant and she can’t tell the would-be father, Kenickie.  The scene, leading as it does to Sandy becoming suddenly aware of the adult reality of sex, through Rizzo’s song “There Are Worse Things I Could Do”, is a turning point in the drama.  Sandy changes off-stage – mentally and literally – and reappears in sexy adult costume instead of the “litte girl” clothing she had worn up to this point.  What was happening here?

I wasn’t sure if the change in atmosphere was deliberate on the director’s part, in which case it seemed oddly out of place, something that couldn’t be avoided – since it was in the script – but could be quickly turned around back to the innocent fun of a whole company finale.  Somewhere in there I heard Rizzo say that it was a “false alarm”, so everything was now OK.  A bit of a cop-out, I wondered.

It was Wikipedia that sent me to http://www.newlinetheatre.com/greasechapter.html where I found an enormously useful essay, Inside Grease – background and analysis by Scott Miller (Copyright 2006. From Scott Miller's book, Sex, Drugs, Rock & Roll, and Musical Theatre).

I meant enormous – like, 20 pages, and so full of stuff.  I hadn’t understood that Grease was written in 1971, looking back to a specific year when this group of working-class young people were in their final high school year: 1958.  Miller calculated that this group were born just before the people we now call baby-boomers.  In fact they were born in 1942.  I was born in 1941.  And my final year at high school was 1957!

So now I get it!  Grease is about the working-class teenagers at the end of the fifties as rock’n’roll changed the world for them, setting them free from the middle-class conventions which were the dream of their parents.  Grease "is really the story of America’s tumultuous crossing over from the 50s to the 60s, throwing over repression and tradition for freedom and adventure (and a generous helping of cultural chaos), a time when the styles and culture of the disengaged and disenfranchised became overpowering symbols of teenage power and autonomy. Originally a rowdy, dangerous, over-sexed, and insightful piece of alternative theatre, Grease was inspired by the rule-busting success of Hair and shows like it, rejecting the trappings of other Broadway musicals for a more authentic, more visceral, more radical theatre experience that revealed great cultural truths about America," writes Scott Miller.

And indeed I saw Hair, the original Australian production which premiered in Sydney on June 6, 1969, though I never saw Grease on stage.  After reading Miller I understood the ironic references to Sandra Dee and Doris Day.  And I remember, too, looking back from 1972 during the “It’s Time” election to see how much we had changed since my first year (and the first member of my family) at uni in 1958.  I see myself as running half a decade behind the kids of Grease’s Rydell High, but maybe that was just a matter of living in Australia compared with USA.

I discovered, too, that Stephen Pike seems to have been influenced by the 1978 movie of Grease with Olivia Newton-John and John Travolta, but Miller complains that the film bowdlerised the original script – “Watered-down,” he called it – and goes on to castigate the “revival of Grease [which] opened on Broadway in May 1994, painfully misdirected and misunderstood by Tommy Tune’s protégé, director-choreographer Jeff Calhoun....”

For example, in Act II, when Sandy leaves Danny at the drive-in, Miller notes: “The replacement song in the film, "Sandy," isn’t a bad song, but it doesn’t achieve half of what "Alone at a Drive-In Movie" does, textually, thematically, or musically.”  I checked this out on YouTube https://www.youtube.com/watch?v=uLuN96-e6NQ where you can see and hear the 1972 performances, and you can understand what Miller meant.  And perhaps why the film version was “watered-down”.

Finally, Miller writes “Like all the best theatre songs, Sandy makes a decision in the "Sandra Dee" reprise, and the plot takes a turn toward its final destination. Sandy must decide who she is herself and what she values; she must embrace all of who she is, including her sexuality. She now realizes that only when she is true to herself can she be happy with Danny, and this final revelation will lead us to the show’s rowdy, playful finale "All Choked Up" (sadly replaced in the film by the less carnal disco number "You're the One That I Want").

So I think it’s fair to conclude that Queanbeyan isn’t what Chicago was in 1958, or even Broadway in 1972, nor should it be.  We don’t need to re-create the raw beginnings of Grease because – as I’m sure Olivia Newton-John herself would agree – the revolution in the lives of women and men is a long way further on now than it was then.  I guess the revolution is nowhere complete, either, but the thorough enjoyment in the audience of mixed ages and sexes watching Stephen Pike’s production, and clearly in the cast performing the show, is its own recommendation.  And it still rocks, even if a little less hard than it needed to be back then. 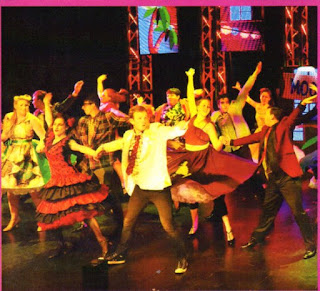