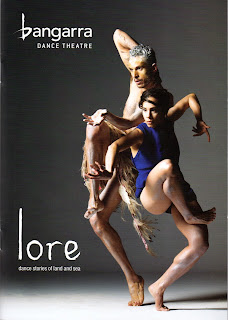 I.B.I.S is set in a fictional Island Board of Industry and Services supermarket, tiny by city expectations, on Mer, one of the smallest of the eastern Torres Strait islands.  Deborah Brown and Waangenga Blanco are descendants of the Meriam people, and their work entails Meriam Mer, Ka La Lagau Ya and Kir Kir Kaber dance styles and languages, spoken and sung. 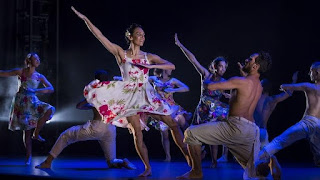 I think I.B.I.S. must be the happiest and most triumphant dance story I can remember seeing on any stage, beginning in the morning (Debe Idim – Good Morning) with Elma Kris singing Ni Ngoe Dhe Goiga (You are my Sunshine) and concluding (Debe Ki – Good Night) with a magnificent full ensemble dance in traditional ceremonial costume and powerful singing in harmonies revealing the cultural connections of these islands with Polynesia, as well as with Papua and Australia. 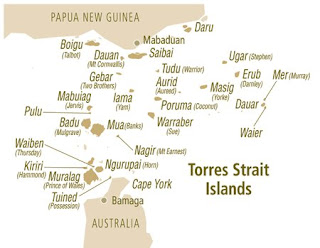 Joy and a sense of wonderment accompanied us to Interval.  What success for Bangarra, whose dancers originate from such a multicultural mix, descended from Indigenous nations from all over Australia!

then you understand the wonderment as Bangarra under Stephen Page’s direction, with his brother David Page (Head of Music), Steve Francis (Composer), Jacob Nash (Head Designer, Murri man from Brisbane), Jennifer Irwin (Costume Designer), Karen Norris (Lighting Designer) and Emily Amisano (Rehearsal Director) is able to bring together people of such a variety of backgrounds to perform a work so true to the culture of one small island off the far northern tip of Australia.

But that was just at Interval.  Then they take us to the dry inland of Australia, where Frances Rings’ story is about the sheoak tree: 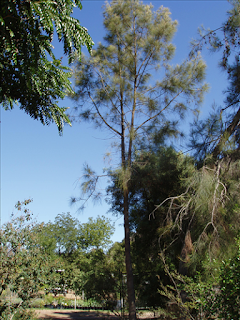 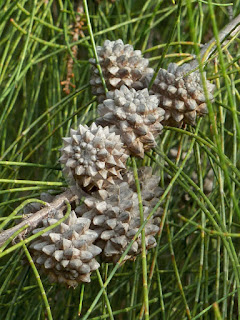 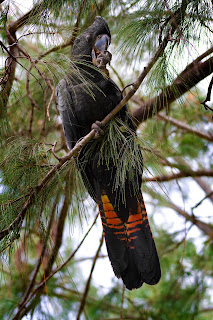 On stage we see only the bare timbers – no pine-type needle leaves, no seed cones for the black cockatoos, no red flowers.  This is not a story of joyous celebration, but of hope for the future despite the forces which have tried to destroy an ancient culture.  There are three parts, centred around the Keeper, danced by Elma Kris (from that place of water and sunshine, Thursday Island!) who began dancing with Bangarra in 1997, and won a Deadly Award for Dancer of the Year in 2007: 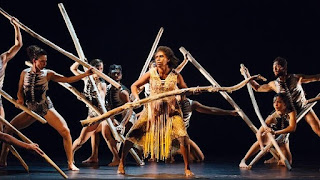 PLACE: The land of the old growth scar trees has fallen.  Its keeper mourns its loss.  The people must now adapt to a new way of life.

BODY: The seeds begin searching for new grounds.  A new generation faces the challenges of community life.  Restrictions to cultural practices create a cycle of dysfunction.

SPIRIT: The birth of a spirit as it embarks on its journey.  Its arrival brings hope for change and renewal.

To watch this work was not about toe-tapping to the rhythmic life of the islands in the sun.  Rings demands attention to the significance of the imagery.  She takes us to a dark place where the men almost literally fall apart as we watch, helpless to know what to do.  It is the woman, the keeper, who maintains the faith, engenders the spirit (Nicola Sabatino and Tara Robertson), and finally brings the community together in calling the ancestors.

In both works the people of today need to remember and learn from the past – this is the tradition, the Lore.  Though in Sheoak there is recognition of past failure, there is hope; from I.B.I.S. we see the success of hope – the joy of community achievement.

And Bangarra Dance Theatre itself shows how it can be done, for the joy and benefit of all of us.  The dancing, the sound, lighting and exciting costuming bring to life all our hopes and faith in the Spirit of Art.