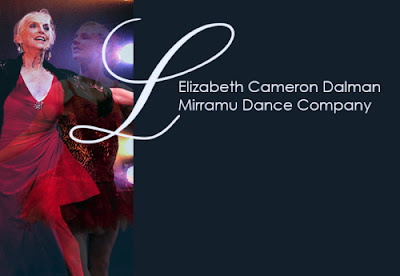 Presented for just two performances at the Queanbeyan Performing Arts Centre, prior to its Adelaide outing, “L” proved to be a charming elegy to Dalman’s 50-year contribution to professional contemporary dance in Australia.

Graced with excellent lighting and sound design, and superbly danced by the six excellent Mirramu Dance Company dancers, Hans David Ahwang, Amanda Tutalo, Vivienne Rogis, Mark Lavery, Miranda Wheen and Janine Proost, together with Dalman herself, “L” is performed without interruption, as a stream of consciousness series of vignettes.  Among them several  examples of Dalman’s  seminal  works, choreographed either by Dalman herself or with collaborators over the years, including the striking “Old Company”  performed to bird sounds,  the super  romantic “Homage to Botticelli”, the deliciously druggy “Generation Gap” , and a brilliantly performed  “Limousine for Janis”.

Interspersed between these, are choreographic contributions by Mirramu Dance Company alumni, of which Miranda Wheen’s sparkling interpretation of “The Firebird”, danced in Dalman’s original red costume, and Vivien Rogis’s evocative “Sapling” were outstanding.

Appropriately Dalman herself is the connecting thread of the work.  Whether retrieving a red feather dropped by the firebird or, as an old woman struggling with a bag of stones which she carefully places around the base of a sapling to become the symbol of the circle of life, as each scene transitions seamlessly into the next, Dalman is the reason.

But her contribution is much more than that.   At one point she performs a demanding solo, “Silver Lining”.  Later she joins Hans David Ahwang in a graceful duet, choreographed by Albert David, “Tree Spirit”.  She even contributes some energetic jive during the joyous “Dance Party”.

More than just a life-affirming tribute to an extraordinary career, “L” is a superbly cohesive work in its own right. Not only for the fascinating insights it contains into the life’s work of a remarkable dancer and dance-maker, but also as inspirational proof of the energy and continuing influence of this remarkable human being.  As such it deserves a much wider audience.

This review first published in the digital edition of CITY NEWS on 16th July 2015
Posted by Canberra Critics Circle at 4:40 PM