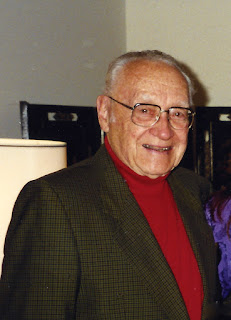 
McInnis’ life of many accomplishments began modestly in Worcester, Massachusetts, USA in a household dominated by the beneficent influences of his mother Florence and his French-Canadian grandmother, Priscilla Lavalley.


His recollections of his childhood at 439 Chandler Street are detailed in the first volume of an autobiography he self-published in 1986, “The Running Years.” A second volume of autobiography was also self-published in 1990. “Cobwebs and Twigs” told the story of his years at Clark University and early work years with the US Civil Service. It also told of meeting his Australian wife Marjorie in Shanghai in 1946, where in the aftermath of WWII they were both working for the United Nations Relief and Rehabilitation Administration.


Don’s career in international development flourished in the 1950s and 60s, and took him and his wife and four children to many countries, including the Philippines and Guatemala. The highlight of his career was a two-year stint as the Resident Representative for the United Nations’ Development Programme in Seoul, Korea. After completing this he retired to Canberra, where he and wife Marjorie were joined by three of their children, who would become permanent residents and citizens of Australia.


In Canberra Don established a home in the suburb of Chapman, and began to devote himself to creative writing. In an invocation he had written on a copy of Eliot’s “The Mill on the Floss”, gifted to him by an English teacher when he turned 16 in 1932, he had written:


“Today, the 24th of October, 1932, I received ‘The Mill on the Floss’ as a personal gift from Mr. Post, my English Five teacher. I somehow feel that with this book has come the first real incentive to attain that goal of literary success of which I have often dreamed. May God give me the strength to persevere to this end.”


Highlights of McInnis’ writing career were local productions of two of his plays. “Will: Man from Stratford,” produced by Tempo Theatre,  ran at the Canberra Playhouse for a week in July, 1982. His family were involved in all aspects of the production which was so well-received.


McInnis  imagined a future on Broadway. Alas, it was not to be, but another highlight of his career as a playwright was the production of “Turn O Libertad” by the TAU Community Theatre in 1989. The play about downtrodden masses and indifferent aristocrats in Third World countries referenced the poet Walt Whitman because the 19th Century American poet was, as was McInnis, ever-optimistic about the transformative power of democracy.


After wife Marjorie died in 1997, McInnis lived alone at his home on Chauvel Circle, which was one of the few houses to survive the Canberra bushfires of 2004. When he  was 93 he had a catastrophic fall at home. After that, he lived in high care residential facilities.


At Victoria Shakespeare Cottage in Curtin his children and grandchildren and friends visited regularly, and Don busied himself by doing the ‘Quick Crosswords’ in the daily paper.


In the final days of his life, when it became apparent he would not  to survive until his hundredth birthday in April, the American Embassy flew a flag in his honour.