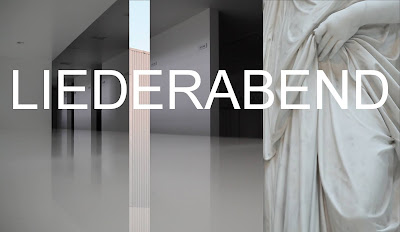 Revival House Project was established by Louise Keast in 2016 primarily as a tool for exploring the genre of art song.  It also intends, amongst other objectives, to provide opportunities for performance for emerging artists and to support multi-disciplinary collaboration.  Future concerts will combine art song with film.

The Drill Hall Gallery concert was an evening of art songs performed by sopranos Louise Keast, Louise Page and Keren Dalzell with accompaniment on piano by Lucus Allerton and Colleen Rae-Gerrard.  There were songs by Schubert, Brahms, Hugo Wolf and Richard Strauss.  All singers were in fine form and the songs were well-chosen.

In the first half, Louise Keast sang ‘Seligkeit’ by Franz Schubert with great feeling and she and Keren Dalzell sang the duet, Die Meere’ by Johannes Brahms very nicely.  Louise Page sang Brahms’ ‘Wiegenlied’ and her performance of this well-known song was hauntingly sublime.

Pianist Lucus Allerton concluded the first half of the program with ‘Danse Macabre’ by Camille Saint-Saёns.  His playing of this atmospheric work was excellent and he proved to be an adept comedian with his delightful introduction.

The second half of the program commenced with two well-sung and humorous works by Hugo Wolf, but it was the performance of songs by Richard Strauss that followed that made this concert especially memorable.

Accompanied beautifully by Colleen Rae-Gerrard on piano, Louise Page sang ‘Ich schwebe’ expertly and with great feeling.  Keren Dalzell gave a nicely controlled emotional performance of ‘Allerseelen’ and Louise Keast gave the song, ‘Morgen!’, a pleasing level of emotional intensity.  Louise Page, in the final song of the evening, pulled all the stops out in a dramatic and exciting performance of ‘Cäcelie’.

This review was first published in the Canberra City News digital edition of 2 July.

Len Power’s reviews are also broadcast on Artsound FM 92.7’s ‘Artcetera’ program (9am Saturdays) and other selected Artsound programs.
Posted by Canberra Critics Circle at 10:56 AM