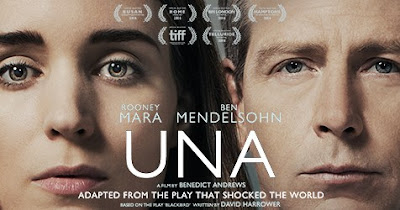 It is a committed, adventurous actor who takes on the role of a pedophile, even apparently reformed. They couldn’t have been exactly lining up to play the role when Ben Mendelsohn was cast as a pleasant middle manager who has turned his life around after serving four years in prison for his crime.

Even for such a talented actor, it could not have been easy to nail the layered, complex and elusive character of Ray, who, after changing his identity has re-instated himself in normal life and goes by the name of Peter. He has in the process acquired higher status, with a new home and a new wife, hosting elegant parties that he just calls drinks with a few friends. It gives him even more to lose.

A pedophile who seems inherently decent is a tricky one. Another actor, say someone like Ray Winstone, can play the domestic monster convincingly in The War Zone, but he couldn’t do a trusted 40-something next door neighbour who seduces a 13-year-old. There’s a difference. Few actors could achieve what Mendelsohn has, without overplaying their hand.

In a troubling film that makes for difficult viewing, Una’s young teenage self, played so well by Ruby Stokes, is a pliant but not unwilling party to her seduction and abduction.

Fifteen years later, Una (Rooney Mara) still lives at home with her mother, and there are plenty of tell-tale signs that she has not moved on. Mara has branched out since she wore that dragon tattoo, but the intensity is still there and she is a force to be reckoned with.

For Una now, it is unfinished business when she tracks her seducer down. The puzzle is understanding what she wants to achieve by confronting him. To find out, as she says, why he abandoned her after they had run off together? To express her rage and pain, or prove she still has a power over him, or to even ruin him? Or is there someone else she has in mind who she needs to protect?

There’s ambiguity at every turn. Ray/Peter, insists he is not one of them, a serial pedophile, and even though we may sympathise with his predicament when Una re-enters his life, we just cannot be sure. It makes the unfurling tragedy of two damaged people unable to escape their past all the more compelling.

Una was directed by Benedict Andrews, an Australian based in Europe who has a long list of opera and theatre credits to his name, including direction of the original play, Blackbird. The screenplay is by David Harrower, the original playwright, who has opened it out from two-hander for the stage to the screen.

The home counties setting where Pete lives is something of a cliché these days, and it seems a little far-fetched, but it pays homage to the established idea that dark and slimy secrets hide in neat affluent suburbs and small towns. Thank you, David Lynch.

Although there is occasional staginess in the dialogue, Una is a strong, fine drama, that hits the right note as powerful contemporary tragedy about high-order transgression.