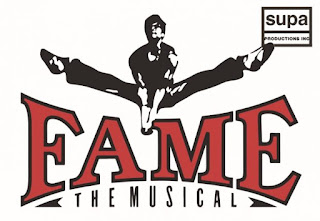 Fame isn’t meant to be easy. Across the world today, students in performing arts schools suffer the trials and tribulations , dreams and disillusions, failures and triumphs in the pursuit of a professional career in the performing arts.  It is the same struggle faced by the class of 1984 at New York’s  High School of Performing Arts in David De Silva’s original high school musical, Fame. Director Jarrad West, musical director Katrina Tang and choreographer, Michelle Heine give Jose Fernandez’s book, Jacques Levy’s lyrics and Steve Margoshes’ music a powerhouse revival, an energy blasting showcase of talent and an explosive display of song and dance. 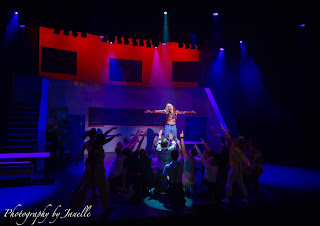 Director West has assembled an exceptional cast of young, vital and show-stopping young musical theatre performers to inject this Broadway hit of yesteryear with the fresh enthusiasm and sheer panache of a cast that is a testament to the remarkable quality of music theatre education in schools and studios. This is top of the tree performance from an ensemble that reaches for the stars under West’s direction, Tang’s musical direction and Heine’s choreographic range from ballet to hip hop and jazz. Tang’s orchestra rise to the occasion with a score that captures the passionate hope of the title song, the determination of Hard Work(Ensemble), the lyricism of I Want To Make Magic (Nick Piazza) or the vibrancy of Dancing on ‘ Sidewalk (Tyrone,Ensemble and audience).

Fame the Musical is essentially a collage show. The plot line is thin, focusing on snippets of relationships between Nick Piazza (Ryan Kitchens) and Serena Katz (Sophie Edwards), Schlomo Metzenbaum (Pippin Carroll) and Carmen Diaz (Maddy Betts). We catch glimpses of character and life’s ambition in the principal students. Nina Wood’s Mabel has an eating obsession. Jack Tinga’s dyslexic Tyrone is the class rebel. Patrick Gelan-Mules’ Jose can’t keep IT down and hates Shakespeare, while Maddy Bett’s  Carmen wants to live forever and light up the sky with her flame. It is Carmen’s story that provides the fuse to this flaming quest for fame. If you miss this highly recommended production of the classic ’84 musical, keep an eye out for Betts. From the opening choreography, Betts shines in the ensemble with that rare star quality. She is matched in this production by Tinga’s charismatic Tyrone and Heidi Birkby’s balletic Iris. 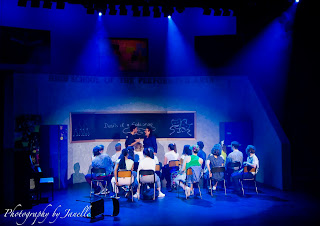 The students are well supported by the teachers. Janie Lawson’s Miss Sherman is the Home Room teacher with a traditional desire to get the best academic results for her students, bringing her into conflict with dance teacher, Greta Bella (Shell Abdoo), who prizes talent above academia.  Director Jarrad West, stood in for Chris Baldock as the acting teacher, with a yen for Stanislavski. Steph Roberts in a fleeting cameo was almost unrecognizable in her role of the music teacher.

What is most noteworthy in this show is that every number and every routine sparkles with the verve and love of the ensemble.  Company numbers, while bursting with energy, suffered from too heavy a hand on the sound desk, blasting out into the Q Theatre auditorium with deafening amplification. Fortunately, the solo numbers were not stifled by sound. Disco lighting delivered a retro look to certain numbers, while underlighting Carmen’s descent into despair. 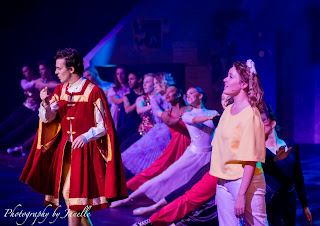 Fame lacks the sophistication of Marvin Hamlich’s Chorus Line, which explores the perils of the professional performer in a competitive and often cruel industry. It did however forge a deeper understanding of the emotional and physical trials faced by young people whose passion persuaded them to audition with thousands for a place in a performing arts school.  What stands out in Supa’s production is the astounding talent that is coming out of schools and training institutions such as NIDA, VCA and WAAPA. So, make it to the Q and see the cast and creatives of SUPA light up the stage with their Fame.
Posted by Canberra Critics Circle at 7:32 PM