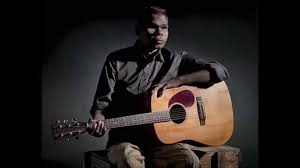 A few days before Geoffrey Gurrumul Yunupingu passed away last year at the age of 46, he agreed to the release of this tribute to his life and work. It now arrives on screen just the way it was when last seen by the musician in July.

It is a beautiful documentary about a remarkable Indigenous man who sang, in his own language, songs that spoke to people the world over. Blind from birth, he had a gift for the universality of music, with a voice that seemed to touch people where they live.

His aunt, Susan Dhangal Gurruwiwi, who provides occasional insights over the course of the film, has observed that Gurrumul moved us deeply, often to tears, by simply showing us who he was.

Not long after Gurrumul’s death, his clan elders in East Arnhem Land also agreed to approve the film’s release. Yolngu lore forbids the name, image and voice of the deceased to remain in the public domain, so to be viewed it was an imperative to have the sign-off from the custodians of culture.

On this occasion, an important exception was made to Yolngu lore, and we are the lucky beneficiaries.

Sensitively paced and with an occasional fade out - a reminder of Gurrumul’s sightless world - this documentary is both subtle and intense.

Prior to taking on the project, director Paul Damien Williams had been working in remote Indigenous communities in the north of Australia for 30 years. It is impossible to imagine that such an organic and empathetic film could have been the result of any fly-in, fly-out arrangement. 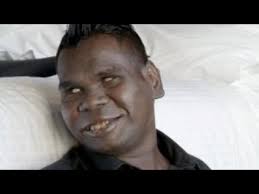 There is priceless footage of the musician backstage while on tour overseas, either clowning around with people he felt close to, revealing his wit and mischievous sense of humour, or holding back during an interview that made him uncomfortable.

A trove of intimate moments from Gurrumul’s childhood and youth arrived one day during production, in a box of reels of Super 8 mm and Super 16 mm. The director was able to weave scenes from home movies into the tapestry of Gurrumul’s life as well.

And the filmmakers were permitted to shoot during the funerals of Gurrumul’s parents, who each died while production was underway.

Before his solo career, Gurrumul was a member of the exuberant Top End band Yothu Yindi, when a young double bassist out of Melbourne, Michael Hohnen, noticed the ‘quiet genius’ playing in the background. Hohnen would become Gurrumul’s musical collaborator. With Mark Grose, he subsequently formed the Skinnyfish Music record label in Darwin to work in partnership with Indigenous communities, help preserve their music and take it to the outside world.

Despite his beautiful, soaring voice, and mastery of keyboards, drums, didgeridoo and guitar, Gurrumul did not at first see the point in pursuing his own career. Family and community and maintaining culture at home among the Galiwin’ku community on Elcho Island were all that mattered, but eventually, he recognised the value of sharing his Yolngu culture and taking it to the world.

While Gurrumul’s voice was soaring, transcendent and unique, he was also his own man, someone who on occasion declined to meet celebrity expectations, the singing sensation who didn’t show up for his big American tour. He went home instead, to his island paradise home to attend his nephew’s initiation.

A left-hander who played a right-handed guitar upside down, a performer on the international stage who did a duet for French television but had little idea who his singing partner was. It was Sting.

It is difficult to imagine that a documentary like this could have been made about Gurrumul without deep understanding and mutual trust. It stands as a fine tribute to the man and his music, and is testament to the blackfella and balanda (whitefella) relationships that have
made it happen.