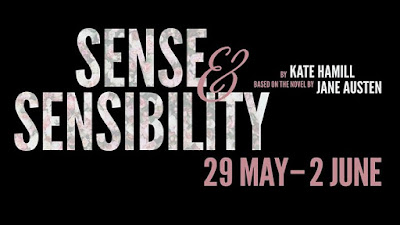 By Kate Hamill based on the novel by Jane Austen
Directed by Geordie Brookman
State Theatre Company South Australia
The Playhouse, Canberra Theatre Centre to 2 June

When a play based on a Jane Austen novel written in 1811 begins with actors charging around on roller skates, you know you’re in for something completely different.

Due to reduced financial circumstances following their father’s death, three young Dashwood sisters and their widowed mother are forced to move to a cottage on the estate of a distant relative.  There the sisters experience romance, heartbreak and love.

The State Theatre Company South Australia Ensemble production, directed by Geordie Brookman, is a delight from start to finish.  It may be quirky in its presentation but Jane Austin purists need not be alarmed.  While very funny, the show is not just played for laughs.  It really captures the manners and morals of the period, the spirit and humour of Jane Austen’s writing and her appealing characters.

New York City actor/playwright, Kate Hamill’s ‘Sense and Sensibility’ was one of 2016’s top ten most produced plays.  She captures the essence of the novel and Jane Austin’s style of writing while giving it an accessible theatricality.

Every member of the ensemble of actors gives a terrific performance, many in multiple roles that even require gender changes.  It’s a very physical production, requiring split second timing, comedic skills and a deep understanding of the period and characters.  Miranda Daughtry as Marianne Dashwood and Anna Steen as Elinor Dashwood give standout performances as the two sisters involved in romances.

The action plays out on a beautiful period set designed by Ailsa Patterson who also designed the fabulous costumes.  The lighting design by Geoff Cobham is spectacularly atmospheric.  The choice of music by Stuart Day and the cast works very well.

Director, Geordie Brookman’s work with the ensemble is as close to perfection as you could get.  He gives us a truly magical theatrical experience, leading us through the charming story with great skill, finding fun in the unlikeliest of moments and still managing to move us emotionally at the culmination of the story.

One of the best productions seen in Canberra so far this year, it’s not to be missed.

Len Power’s reviews are also broadcast on his ‘On Stage’ performing arts radio program on Mondays and Wednesdays from 3.30pm on Artsound FM 92.7.
Posted by Canberra Critics Circle at 11:45 AM