Are we tabloid voyeurs? 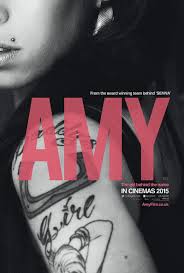 Are we all tabloid voyeurs?

The brilliant and eccentric German filmmaker Werner Herzog clearly thought long and hard about what to reveal in his 2005 documentary Grizzly Man, a postmortem about Timothy Treadwell, a naturalist and amateur conservationist, who attained some celebrity status over the many summers he spent camped among wild bears on an Alaskan reserve. Intending to demonstrate that it was possible to get close to the grizzlies once trust was established, Treadwell had set up a camera to record his experiences. The man believed he was bonding with the bears. Instead one of them killed both him and his girlfriend, while the camera was recording, but audio only as the lens cap was still on.

Herzog withheld the recorded sound of the killing. It was his view that the audio was too terrible for audiences to witness, but he retained instead footage of himself listening to it and the impact it had on him. In the current cinema environment where violence has become a commonplace for a significant proportion of the audience, how many other filmmakers would have made a decision like Herzog’s? It was compassionate and respectful.

On the other hand, there are occasions when the ghastly details have their place. Even when you want to look away, as well you might in Joshua Oppenheimer’s fine documentary, The Act of Killing, during the re-enactment of murder. Oppenheimer had invited members of death squads that took part in the purges in 1960s Indonesia to show how they had eliminated fellow citizens, dissidents or perceived dissidents. Fifty years on, the men remain unrepentantly proud of their role in anti-communist purges that preceded the establishment of Indonesia’s New Order under President Suharto.

The film shows that there are perpetrators of the 1965–66 killing spree who need not conceal their role in it, and even enjoy positions of political influence today. Anwar Congo, a black-market gangster and former perpetrator, shows precisely how he strangled his victims. Then he dances the cha-cha.

One commentator felt sufficiently strongly to label the film a “snuff movie”, though he misses the point: viewer revulsion is critical to the film’s impact. The political assassins condemn themselves with their own honesty and hubris. The Act of Killing was nominated for an Academy Award, and won a BAFTA.

The revelations we expect to find in documentary can turn us into voyeurs, without a doubt. If we as moviegoers are voyeurs anyway and the desire to watch others, is integral to our experience of film, what is the issue? Whether to hold a shot or to edit disturbing vision and audio is not about the rights or wrongs of it, but about whether there is a sound reason for making very private and personal information public. This is something one hopes doco film directors struggle with every day.
How much exposure do we need to the details of human suffering? Night and Fog, Alain Resnais’ classic 1955 meditation on the Nazi concentration camps, is an immensely powerful document on an intractable topic. Rather than use the filmed evidence of atrocity he had at his disposal, Resnais devotes significant screen time to postwar footage of the camps, empty and desolate, but heavy with memory. It was a moment when, in a postwar world saturated with images of the dead, that the deserted camps and the absence of life would be more powerful.

Dziga Vertov’s Man with a Movie Camera, a dynamic snapshot of 1920s Stalinist Russia, harnesses reality for political purposes. The Thin Blue Line (1989) Errol Morris’ investigation of the miscarriage of justice in the 1970s when a man was wrongly convicted of the shooting of a Texas policeman is replete with dramatic re-enactment. Leni Riefenstahl’s Triumph of the Will, a record of the Nuremberg rallies in 1934, is notorious for its glorification of Nazi ideals and is clearly political propaganda, but it is one of the docos on the Sight & Sound list nonetheless.

The documentary about an individual life carries with it special responsibilities. The Up Series, once known as 7Up!, has famously been documenting the lives of a group of British people since they were seven, while weathering some of the controversy that goes with opening up private lives to public inspection along the way.

Series director Michael Apted has returned to interview his subjects at seven-year intervals since 1964. The next instalment is due in 2019, when the participants are 63. Although Apted’s documentary, which also features on the Sight & Sound’s ‘best ever’ list, began with the hypothesis that a person’s life path was determined early by social class, it has evolved into a gentler exploration of people and how life unfolded for them. Apted has acknowledged in an interview with influential film critic, the late Roger Ebert, that there is an inevitable ‘tendency to play God’ in documenting people’s lives, like falling into the trap of predicting his subject’s life choices (like declaring when he anticipated someone would enter a life of crime).

On the other hand, Australian director Gillian Armstrong seems to have developed a very collaborative and friendly relationship with the three Adelaide women whose lives she has tracked since she made Smokes and Lollies in 1976.

One of Australia’s most respected documentary filmmakers, the late Dennis O’Rourke, was criticised for his The Good Woman of Bangkok (1991) about a Thai sex worker he was living with. Critics of the film argued that the filmmaker had relentlessly objectified her and while the filmmaker’s own role was unacknowledged. O’Rourke is heard asking questions but never appears in the frame and the woman is sometimes clearly uncomfortable about having the camera pointed at her continuously. Ultimately the film is less about the woman than the man who filmed her. There are moments when we feel like an intruder, watching when we shouldn’t be watching, and the power play sometimes makes us squirm.

O’Rourke also ran into trouble in 2000 with his small-town portrait Cunnamulla. Although made at the invitation of the Cunnamulla community, the ABC reported widespread dissatisfaction with the film’s focus on its unrepresentative “seedy underbelly”. It also prompted legal proceedings from the parents of two underage Indigenous girls, one as young as thirteen, who had spoken to O’Rourke openly about their sex lives and then felt compelled to leave town over the resulting controversy. The filmmaker won the defamation suit in 2007, and his film has remained an important interrogation of the wholesome image of outback town life .

The recent Asif Kapadia doco on Amy Winehouse, Amy, is thoughtfully and skilfully made from widely sourced archival material, including studio recording sessions, her auditions and TV appearances, intimate material from mobile phones and family home videos, and substantial paparazzi footage. The director never had the opportunity to get Winehouse, who died in 2011, into frame himself.

Audiences have surged to see it, the critics have responded very positively and it is sure to attract major awards. It is a joy to see Winehouse as a slightly awkward mid-teen discovering herself and her musical endowment, before substance abuse and relationship dependency took hold. We knew she could sing up a sultry storm, but to see her lyrics onscreen, her abilities as a songwriter come through, as they take on a new, acerbic meaning in the context of her relationships.

Kapadia’s film documents Winehouse’s sudden and spectacular rise as a performer and her equally spectacular decline. Even some of the critics have found the last act hard going. John McDonald, who in the Australian Financial Review described the second half of the film as “a cross between a disaster movie and a murder mystery”, also observed that: “One almost wishes Kapadia’s own commitment to the truth was a little less exacting”. Others note that midway “the film becomes gruelling” (Sight & Sound), that it “is often uncomfortable to watch” (Chicago Sun-Times) and “torturous but endlessly hypnotic” (New York Observer).

Kapadia is a young British man of Indian descent whose portfolio includes an award-winning fiction feature The Warrior, about a Rajasthani warrior who tries to give up the sword, and the British academy best documentary Senna, about Formula One racing legend Ayrton Senna who died in a crash at 34. Kapadia’s treatment of Winehouse is similar to that of Senna’s, another high-profile subject the director never met.

In Amy, Kapadia explores the reasons for the singer’s death from alcohol poisoning, and we spend a lot of time looking at Winehouse in very bad shape. But what made her a focus of public interest in the first place was her talent, the gifts that Tony Bennett compared with Ella Fitzgerald and Billie Holiday.

The film has had to juggle the two Amy Winehouses that were in the public domain. The first, up to when she made her first album, Frank, when she was full of promise, and gave the performances on which her reputation was built. The second is from around 2006, when she made Back to Black, when her drunken and druggie behaviour made her the object of lurid fascination and the butt of late-night chat-show jokes.

In conversation with online indie film news site Indiewire, Kapadia has said that making Amy was in part an exploration of his own and the community’s role in the tragedy.

“It’s very much a film about London and a city that I live in, but also a lot of media-related cultural places. You’re going, ‘Whoa, I was kind of a part of that? I shared that. I saw that, and I laughed at that’.”

He may be right. We may all be implicated. Amy Winehouse was a sensational jazz performer who squandered her talents and could not manage her fame. Kapadia’s film reveals “the real” Amy who was once funny, intelligent, healthy and lovable before she became a gaunt, tottering stick-figure, with extravagant beehive and Nefertiti eyeliner, running the gauntlet of the ravening paparazzi.

In Indiewire, Kapadia described her demise as a slow and drawn out death, in which everyone feels complicit. And so it is. You feel angry. You feel like a voyeur, and that’s a reaction he wanted. Even as they pander to our hunger for sensation, the paparazzi feed us with the images that make tabloid voyeurs of us all.