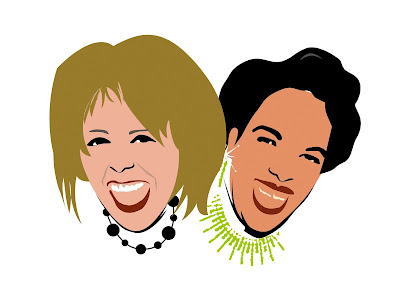 One of my earliest music memories is of Winifred Atwell playing ‘The Black and White Rag’.  Judging by the large number of people of a certain age at The Street Theatre for ‘Jan Preston’s Wonderful Winnie’, Atwell is still a much-remembered and loved performer.

Winifred Atwell was a child prodigy on piano in Trinidad in the West Indies, where she was born.  She went on to an international career with her honkytonk, boogie/ragtime piano music, sold millions of records world-wide and lived in Australia for the last 20 years of her life.  She became an Australian citizen and worked tirelessly to raise money for various Australian charities. 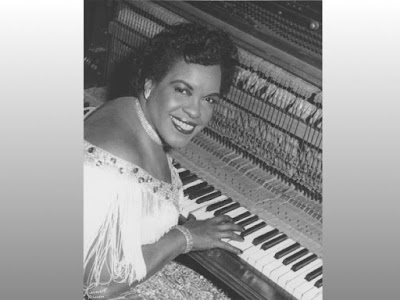 Jan Preston was born in New Zealand and is a superb piano player, singer and composer who has won five music awards.  She also composes music for films and wrote the theme for ABC’s ‘Australian Story’. 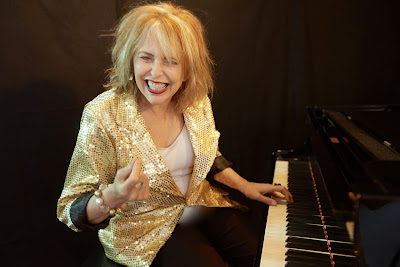 Preston gave us a musical journey through the life of Winifred Atwell in a tightly written and well-presented show that utilized a large number of projected photos of Atwell from the archives of the National Library of Australia.  Not just a chronology of Atwell’s life in performance, Preston’s script gave us an insight into the personal life of this fascinating woman at a time when life as a black woman was not easy as well.

Atwell’s most remembered musical items were presented including ‘Five Finger Boogie’, ‘Alley Cat’, Big Ben Boogie’ and ‘The Black and White Rag’.  They were well-played by Jan Preston who has her own disarming performance style.  We were also treated to songs written by Preston about Atwell that informed as well as entertained.  She was well-supported by Mike Pullman on percussion and Jess Dunn on bass.

Jan Preston engaged the audience right from the start with her down to earth delivery, her flashes of distinctive humour and red-hot piano playing and singing.  There was a real sense of celebration about the performance and I’m sure Winifred Atwell would have approved.

Len Power’s reviews are also broadcast on Artsound FM 92.7’s ‘On Stage’ program on Mondays from 3.30pm and on ‘Artcetera’ from 9.00am on Saturdays.
Posted by Canberra Critics Circle at 9:55 AM