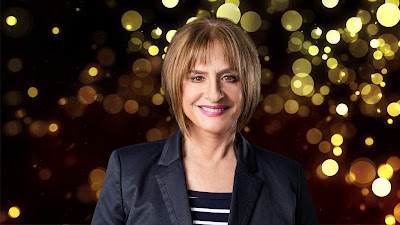 
Having experienced Patti Lupone’s unforgettable performance as a fiery Eva Peron in the original Australian production of the Andrew Lloyd Webber musical “Evita” at Her Majesty’s Theatre in Sydney in 1981, the moment in her show, when she sang “Don’t Cry For Me Argentina” proved particularly nostalgic. Since creating that role in the original 1979 Broadway production, Lupone has gone on to become one of Broadway’s most celebrated leading ladies, winning multiple Tony and Grammy awards along the way.


However, her show “Don’t Monkey with Broadway” is much more than a stroll through her greatest hits. In fact, many of her most famous roles are ignored in favour of songs from roles she would never be asked to play on Broadway. Hence, she includes “Sit Down You’re Rocking the Boat” from “Guys and Dolls” and  “River City” from “The Music Man” and “Something’s Coming” from “West Side Story” over songs from “Sunset Boulevard” and “Les Miserables” in which she originated the leading roles.


Her impeccably constructed show is packed with magic moments guaranteed to satisfy the most avid Broadway musical buff, with some lovely surprises including the little-known but beautiful, “Sleepy Man” from “The Robber Bridegroom”, the musical which garnered Lupone her first Tony Award nomination. 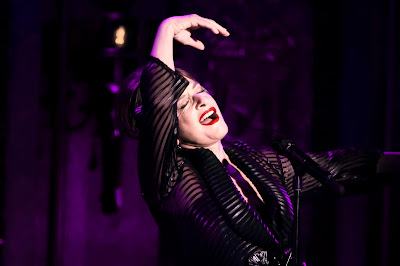 Lupone’s ability to completely immerse herself in a song; to hold the moment and draw the audience to her incredibly nuanced interpretation of the lyrics, is a joy to experience.   Eschewing an orchestra in favour of a grand piano, bedecked with a bowl of red roses, and the exquisite piano settings of Joseph Thalken, himself a celebrated composer, Lupone wastes not a word as she deftly set up each song. Only some related to her career, but each one displayed her remarkable technical mastery and idiosyncratic phrasing.


Lupone knows about stillness, which she demonstrated in her hilarious interpretation of  Cy Coleman’s ,“Hey Big Spender”, during which, without moving anything other than her eyes and lips, she created  the funniest taxi-dance hostess you’re ever likely to encounter. There was fire too, in her interpretation of Sondheim’s “Some People” from “Gypsy”.


Her peerless diction dazzled in her virtuosic performances of Jule Styne’s tongue-twister, “If You Hadn’t, But You Did” from “Two in the Aisle”, and Sondheim’s “Another Hundred People” from “Company”.


Her voice soared  in the glorious “Meadowlark” from the Stephen Schwartz musical “The Baker’s Wife”, the show which was meant to make her a Broadway star, but which was cancelled before its Broadway opening, and there was surprising tenderness in her gentle interpretation of “Easy to be Hard” from “Hair”.


Her admiration for Stephen Sondheim was referenced in exquisite performances of “A Place For Us” from “West Side Story”, “Anyone Can Whistle” from the show of the same name, and the dramatic “Being Alive” from “Company”. But it was her brilliant duet with herself, as both Maria and Anita singing “A Boy Like That” from “West Side Story” that had the audience in stitches.


If all these treasures were not enough, her masterstroke came after interval with the surprise inclusion of an ensemble of sixteen of Canberra’s finest young music theatre performers. Specially rehearsed by local musical director, Nicholas Griffin, the ensemble provided exquisitely sung vocal backings for several of her songs. Her pleasure in their performance  was patently obvious, and they were rewarded when she called them back on stage after her final song, to join her in a haunting acapella performance of Bernstein’s “Some Other Time”.
This review first published in AUSTRALIAN ARTS REVIEW . www.artsreview.com.au