THE CURIOUS INCIDENT OF THE DOG IN THE NIGHT-TIME 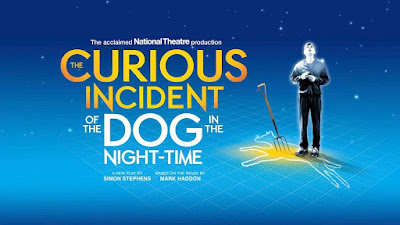 The National Theatre’s production of ‘The Curious Incident of the Dog In the Night-Time’ is based on the popular novel by Mark Haddon.  Unlike the first person narrative of the novel, the theatrical adaptation is presented as a play within a play.

Christopher John Francis Boone, a 15-year-old boy who describes himself as ‘a mathematician with some behavioural difficulties’ living in Swindon, England, investigates a killing in his neighbourhood.  His unspecified autism spectrum disorder gives him a unique insight into the information he uncovers.  The complex electronic setting enables us to see his thought processes and better understand his responses to the reactions of the people and the environment around him. 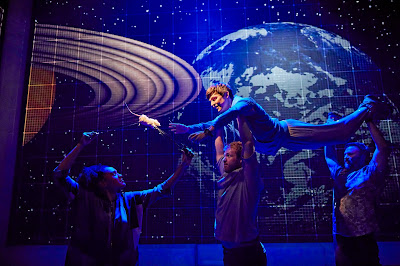 At first, the play is quite demanding until you work out what’s going on in Christopher’s mind.  From that point on, you’re taken on a rollercoaster journey that is dramatic, funny, moving, very real and always visually stunning.

Marianne Elliott previously directed the highly successful ‘War Horse’ for the National Theatre and with this play provides another unique and startling theatrical experience.

Joshua Jenkins gives an amazing performance as Christopher.  He is onstage throughout the show and sails through the demanding physical and vocal requirements of this difficult role, giving us a totally believable character that we grow to love as the play progresses. 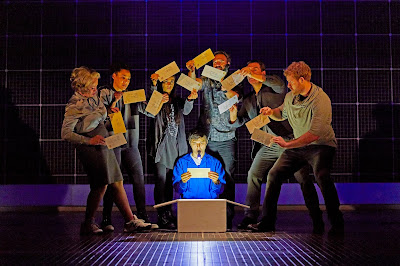 Essentially an ensemble play, the other nine performers are also excellent.  Stuart Laing as Christopher’s father, Julie Hale as his mentor at school and Emma Beattie as his mother give strong performances in their individual characters while the remaining cast give sharply etched performances in multiple roles. 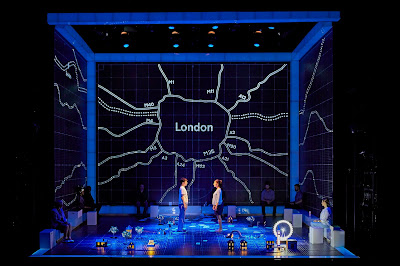 The set designer, Bunny Christie, the lighting designer, Paule Constable, and the video designer, Finn Ross, have produced a breathtakingly successful design that complements the production concept perfectly.  It’s fascinating to see such a fine example of the advances being made these days in theatre production design with the aid of complex computer systems.

‘The Curious Incident of the Dog In the Night-Time’ is a creative, thought-provoking and enjoyable theatrical masterpiece.  You really must not miss it.

Len Power’s reviews are also broadcast on his ‘On Stage’ performing arts radio program on Mondays and Wednesdays from 3.30pm on Artsound FM 92.7.
Posted by Canberra Critics Circle at 10:50 AM