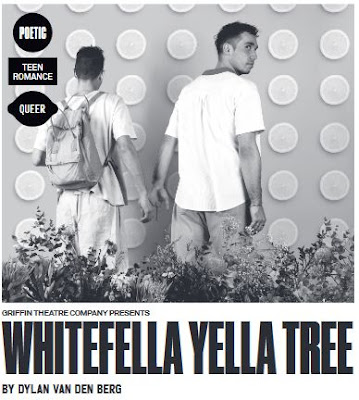 The combination of Dylan Van Den Berg’s scriptwriting, the lighting by Kelsey Lee and Katie Sfetkidis, and especially the extraordinary sound track by Steve Toulmin has produced the most original piece of theatre that I can recall.  The acting of the two characters, Ty and Neddy, is also a tour de force making enormous demands on Callan Purcell and Guy Simon in maintaining a constant broken-up flow of tiny changes through to massive emotions in their intense relationship over 90 minutes.

From a purely theatrical point of view, of the three works by Dylan Van Den Berg that I have seen – Milk, Ngadjung, and now Whitefella Yella Tree – this is the most successful.  Because, as Griffin Theatre points out, there is a poetic element in his writing which makes any storyline quite mysterious – less so in Milk, too much so in Ngadjung, and just so in Whitefella Yella Tree.  The meaning of the title becomes more apparent each time Ty and Neddy meet again for an “exchange”.

Van Den Berg identifies as Indigenous, linking his family history back to ‘Iutruwita’ – Van Diemen’s Land / Tasmania – and I see a parallel in Van Den Berg’s method with traditional Aboriginal art.  Embedded in the abstract paintings are symbols which, for the people with the appropriate knowledge, tell stories of events and place which remain a mystery to an outsider like me.  The art is attractive, impressive in its own right, which is why our home has works on display (from Warmun and Warlpiri traditions), but I will never know the full meaning of the story of the two women, Napanganka and Napangardi and their relationship with the shape-shifter man Jakamarra, behind Joanne Nangala’s Bush Banana Dreaming ‘yuparli tjukurrpa’ (not reproduced here, since I have not sought appropriate permission).

The beginning of Whitefella Yella Tree is theatrically attractive – humorous even though mysterious – but bit by bit Van Den Berg reveals the story as we – watching, responding, and thinking – put together a story of Ty from the River People, wanting to keep his people true to their law, meeting on the boundary with Neddy from the Mountain People, who hopes his people can survive by making himself useful to the British invaders – to the point of wearing the costume of the Red Coats.  Though the two men find they love each other intensely, sexually, Ty is left without the possibility of fulfilling his dream.  I wonder if, in his search for rediscovering his personal cultural history, Ty represents Dylan Van Den Berg himself.

Of course, I am privy to the British side of this sorry story, being an unwitting invader myself when brought to Australia by my ten-pound Pom parents in the 1950s under the government’s immigration scheme.  The details of the Iutruwita / Tasmania story, of the Mountain People and the River People, are now exposed in The Australian Wars, Part 2 on SBS and NITV and On Demand, Wednesday September 28, 2022 – ironically the opening night of the run of Whitefella Yella Tree in Canberra.

The essential symbolic image in the play, as if in a traditional painting, is the white invaders’ lemon tree – the sweet-looking fruit of which is both bitter and sour.  I trust that Whitefella Yella Tree will take its rightful place in the canon of Indigenous theatre, telling its story in a new, highly original way to many more audiences in Australia and in the wider world. 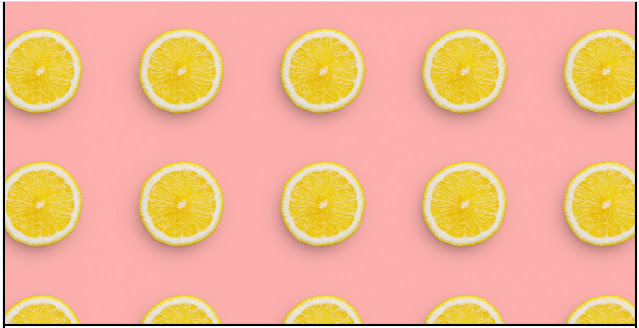