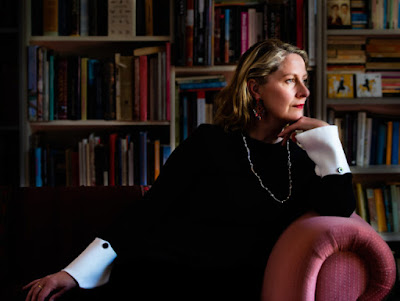 Love on the Left Bank.

It is both regrettable and cause to be thankful that many of the acts at the Adelaide Cabaret Festival are one night stands. Regrettable because of the high quality of the performers who are able to be seen for only one performance, and cause to be thankful that audiences are given the opportunity to experience the best cabaret talent in the country, and in South Australia especially. Adelaide born Louise Blackwell’s tribute to French chanteuse Juliette Greco is a perfect case in point. In Love on the Left Bank Blackwell expertly and stylishly segues from accounts of Grecos remarkable life to the songs that gave her the title of Le Muse de existentialisme. “I don’t even know what that means” she would say. 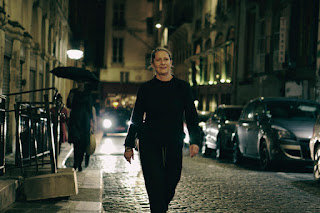 During the seventy five minutes of performance we learn of Greco’s difficult childhood, the daughter of an absent father, rejected by her mother and raised by her grandmother with her sister Charlotte. Blackwell  lives the moment of Greco’s capture, torture and imprisonment by the Nazis, her eventual release and reunion with her mother and sister after their release and the thrill and excitement of her immersion in the world of artists, painters, writers and the Bohemians who inhabited Paris’s avant garde Left Bank. Blackwell’s art is to breathe life into her character and live out the story of Juliette Greco’s exceptional world. Surrounded and supported by the likes of Jean Paul Sartre, Pablo Picasso, Jacques Cocteau, Charles Aznavour and Albert Camus Greco thrived as actor, singer , lover and activist. Blackwell paints a portrait of a woman living life to the full in St-Germain-de-Pres. Her affairs with jazz musician Miles Davis and her two marriages to French film actors and  a third thirty year long marriage to musician Gerard Jouannest provided rich material for her songs of la vie et l'amour. In her striking long black dress and with a French styled bob hairstyle Blackwell commands the stage and holds the audience in her thrall. Her love for Greco is in the songs sung from the heart. 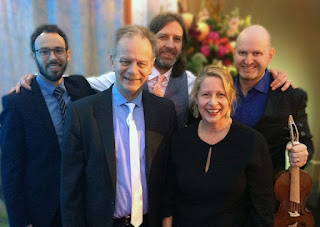 I don’t speak French but Blackwell the actress becomes my medium, gently allowing her voice to carry the tenor of her song.  The flavor and the fervour of Paris’s Left Bank is all too visceral in Blackwell’s  interpretation of Greco’s songs.  Blackwell is supported by her phenomenally versatile and talented backing band under the musical direction of Mark Simeon Ferguson on piano. They deserve special mention for their instrumental virtuosity as well as vocal backing. On violin - Julian Ferraretto, on trumpet – Lazaro Numa, on saxophone and clarinet – Thomas Pulford, on Double bass – John Aué and drums Josh Baldwin. Together they evoke the sounds and atmosphere of the French cabaret world of Juliette Greco. Blackwell is blessed with a band that is in perfect sync with her voice and the distinctive character of the French compositions.

As Sartre said, Greco has a million poems in her voice and Blackwell enchants with just a taste of this amazing chanteuse’s life and career. It would be a shame if this captivating one night performance of   Love on the Left Bank could not be revived for further standing ovations for Louise Blackwell and her band.

Posted by Canberra Critics Circle at 11:02 AM