SHORTIS AND SIMPSON IN AMERICAN PIE 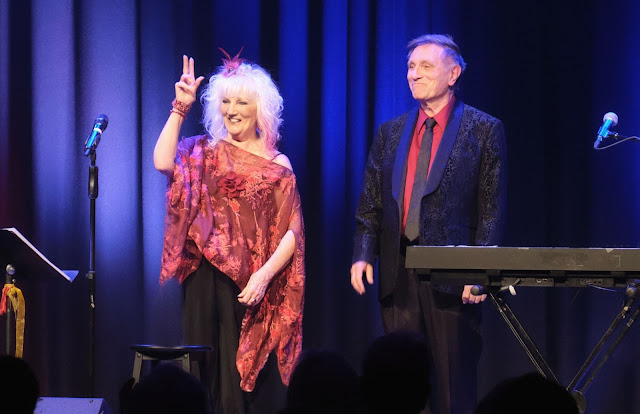 Don McLean’s song “American Pie” has been surrounded by controversy ever since its release in 1971. The ambiguity of its lyrics containing mysterious references to events and personalities associated with the hippiedom of the 1960’s, coupled with its simple, catchy melody, insured its popularity on the pop charts, as well as leading to endless arguments around what the song is really about.

As such, it is perfect grist for the brilliance of Bungendore’s most celebrated duo, Shortis and Simpson, who, with their latest show “Shortis and Simpson in American Pie”, have turned their attention to deconstructing this 50 year-old song in an entertaining attempt to put paid to the conjecture with a clever confection of facts, folklore, supposition and equivocation guaranteed to rekindle those very arguments.

Taking each of the six verses in turn, they provide context to the lyrics with extracts from pop songs of the 60’s. Buddy Holly’s “That’ll Be The Day”, Bob Dylan’s “The Times They Are a-Changing”, the Beatles’ “Strawberry Fields” all get a Guernsey along with titbits such as the information that Roberta Flack’s hit song “Killing Me Softly” was about Don McLean.

Stories relating significant historical events including the Vietnam War, Mick Jagger’s notable visit to Bungendore during the filming of “Ned Kelly”, the establishment of the Aboriginal Tent Embassy and the election of the Whitlam Government are all woven through an entertaining 90 minutes.

But as fascinating as all this was, the decision to end the show with an audience sing-along recapping the entire song felt like overkill. Perhaps a parody update may have been a better solution.

Shortis and Simpson know their audience and deliver their show with a relaxed charm and   polished expertise honed over years of creating and presenting similar shows. And while Simpson’s soprano may have lost some of its bloom over those years, she’s replaced it with a charming baritone which together with her perfect diction when story-telling combined with Shortis’ clever song writing skills and musicianship are superbly showcased in this latest show, enhanced by the subtle lighting and comfortable cabaret style presentation in by superb Belconnen Arts Centre Theatre.

This review first published in the digital edition of CITY NEWS on 11th June 2022.