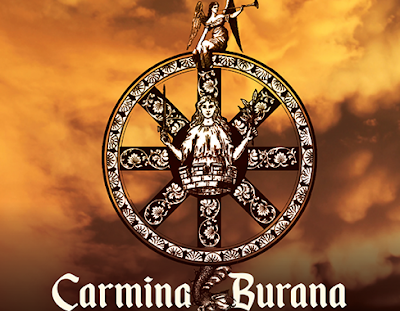 Playing to a packed Llewellyn Hall, this huge production of Carl Orff’s popular ‘Carmina Burana’ gave audiences exactly what they were seeking – a spectacular night of great music, superbly played and sung.

The text consists of 24 poems from a 19th century edition of 247 poems dating from the 11th Century, mostly in secular Latin verse.  The topics covered by these poems reflect aspects of life that haven’t changed over the centuries – love of fortune and wealth, the impact of the seasons and the sensual pleasures and dangers of drinking, gluttony and lust.

First performed in Germany in 1937, it has become one of the most popular works in the classical repertoire, helped enormously by the familiarity for audiences of the opening and closing poem, ‘O Fortuna’, in movies, television and commercials. 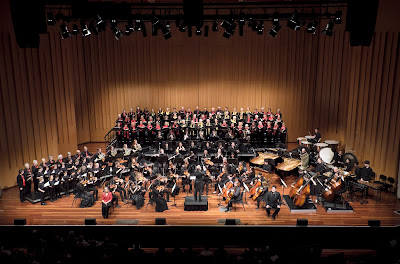 This performance, conducted by Leonard Weiss, saw the stage of the Llewellyn Hall filled to capacity with musicians and singers.  The orchestra’s playing was dramatic, edgy, powerful and very enjoyable.

The three solo singers met the demands of the score very well.  Andrew O’Connor, baritone, was especially impressive with the quiet ‘Omnia Sol Temperat’ and the dramatic ‘Ego sum abbas’.

Rachael Duncan, soprano, sang a very fine ‘In Trutina’ and her high notes for the Dulcissime’ were truly spectacular.

In ‘Olim Lacus Colueram’, Tobias Cole as the roasted swan expressing his dismay at his fate, was very funny as well as giving a fine vocal performance.  It must have been an Australian swan as Tobias Cole sported a black feather boa for his performance.

The singing by the Canberra Choral Society under the direction of Dan Walker was colourful and accurate.  The words could be heard clearly throughout – not easy to achieve with latin verse and the demands of the music.  The Canberra Children’s Choir and Seasoned Voices also performed their pieces very well.

This was a fine performance of ‘Carmina Burana’ and the performers received a deservedly appreciative response from the audience at the end.

Posted by Canberra Critics Circle at 10:52 AM