Enter the murky world of Victorian England in the bars and public houses of Whitechapel where prostitutes and vagabonds lurk in the shadows to swindle and steal and lead the unsuspecting down the slippery slope of debauchery and devilish deeds. Enter the interactive world of Flabbergast Theatre’s The Swell Mob, where surprise lies in store and bizarre characters await to entertain with tricks and decadent dealings. 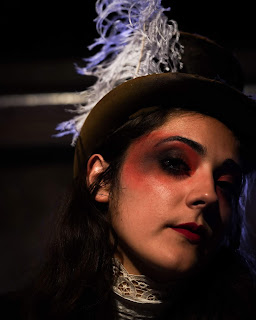 On entry intrepid audience members are given a sack of money by the somewhat deranged Penny in Bedlam night attire. Part pub show, part vaudeville and part music hall, The Swell Mob leads the audience into a strange world of mystery and strange happenings. With money in hand, they can test their luck against card trickster Reggie, marvel at the operatic arias of the bewitching Madam Destry, join in the rowdy drunken drinking song and jig, or play the fingerstabbing contest with the dandy soldier, Edmund. An artful dodger wanders sneakily through the crowd and Frederick, the face of the festival introduces the ghoulish Master in his hand, inviting audience to give the sinister puppet a name. It is as though I have stumbled into the Dickensian world of Fagin and Bill Sykes, where a person’s wit becomes their weapon of survival and the innocents are victims of foul crimes.


A ticket from Lucy, the street urchin of the purse gives entry to the highlight of the event, the bare-knuckle boxing and wrestling contest where no holds are barred as the brave challenger pits strength against the mighty champion, Frederick. Bets are laid, double or nothing and the crowd screams for blood and victory. It is the Nineteenth Century and a Twenty First Century audience lets loose their gladiatorial impulse. 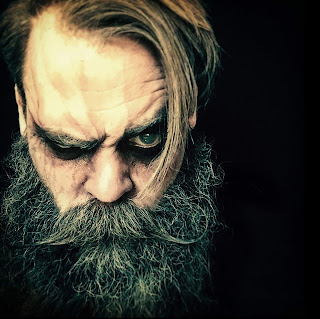 Flabbergast Theatre’s The Swell Mob draws us into their seedy, shadowy world. Curiosity fills the air.  To immerse or not to immerse? That is the option that confronts the audience. Some willingly give themselves over to the temptation to participate. while others prefer to play the detached observer and shy away. And here the cleverly devised concept falters. The acts play out, but the journey is not clearly signposted. The action appears random and audiences are left waiting for something to happen. Actors play their roles with conviction but stronger, clearer and more purposeful direction of actor and audience is necessary to make The Swell Mob a thoroughly immersive and exciting experience for everyone.
It may be looking at the images of The Swell Mob that an entire company could not visit Australia and that the performance needed to be changed to suit the inclusion in the Cabaret Festival. In this case a tighter, shorter and more audience engaging show may have been more effective. Certainly, those who participated more actively in the performance would have more fully enjoyed their immersive experience