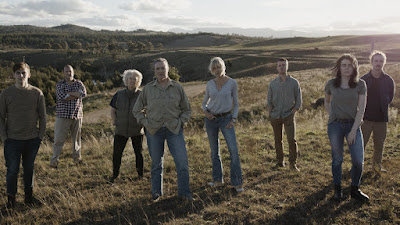 In 1998 an event on the outskirts of Laramie, Wyoming, shocked the world. A 21 year old gay student was kidnapped, severely beaten and left to die, tied to a fence on the outskirts of the town. His name was Matthew Shephard. Such was the impact of this event that a New York theatre company travelled to Laramie to chronicle the life of the town in the year after the murder. The play that resulted from that research, The Laramie Project became a world-wide sensation, and Matthew Shephard’s name became synonymous with anti-hate crime.

A decade after the original event, Tectonic Theatre revisited Laramie this time to investigate how the town had coped with the unwanted infamy.  The result was a second play, The Laramie Project: Ten Years Later.

The original play had had a profound effect on director, Chris Baldock, who has staged it three times previously. When The Laramie Project: 10 Years Later became available, Baldock hit upon the idea of presenting the two plays in repertory, providing audiences with the opportunity to see both plays consecutively on the one day, or at different performances during the season.

He chose a diverse cast of eight actors, who would appear in both plays, creating between them more than 50 different Laramie citizens during the course of both plays. Those actors were Karen Vickery, Andrea Close, Meaghan Stewart, Liz St Clair Long, Michael Cooper, Joel Horwood, Hayden Splitt and Baldock himself.

Dressed in casual clothes, on a bare stage, the only props, eight wooden chairs, the only set piece, a rough sculpture on the back wall representing the fence to which the unfortunate Shephard had been lashed, these eight actors flipped seamlessly between multiple personalities and accents, delivering direct quotes from the transcripts gathered during Tectonic Theatre’s investigations.

It was a feat of endurance that was fascinating to watch, and says much for the talent and dedication of the actors, as well as the skillful direction of Baldock,  that at no time during the five hours combined playing time was the audience’s attention allowed to flag. Dramatic lighting changes, evocative use of music, the constant re-arrangement of the chairs and the inventive groupings of the actors, focused the attention relentlessly on the text, often shocking in its detail, but also moving, sometimes enraging, as the various characters revealed their often callous, ignorant or thoughtless responses to the tragedy.

The first play set the tone, laid out much of the detail of the crime and explored the responses of the townspeople still trying to come to grips with the realization that such a crime could take place in their community. The second play allows the audience to engage with the perpetrators, to hear their motives and responses, and to learn of their fates. It also reveals the attempts of some to rewrite history, distort the facts, even use the event to achieve changes in legislation.

Both plays have much to say about the human condition, and to have the opportunity to experience them consecutively, particularly as interpreted by this fine ensemble, was a theatrical experience to be cherished.  Mockingbird Theatre is to be commended for its audacity and courage in so successfully mounting these two important plays.