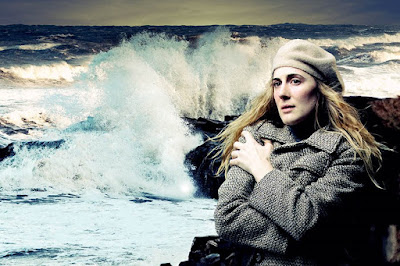 I have not seen Lars von Trier’s film about the woman who gives her body to strangers at the behest of her husband Jan (Duncan Rock), paralyzed by an accident on an oil rig. Her hope in fulfilling his request is that she may restore his health and with it their normal loving marital relationship. Bess McNeill (Sydney Mancasola) is a good woman, loyal, faithful and profoundly compassionate. And yet her compliance with her husband’s bizarre request drags her into the dark abysss of mental and physical anguish. Eventually she becomes the outcast, reviled by her mother (Orla Boylan), sexually abused by random, brutal lovers, castigated by her small, deeply religious community and cast out of her beloved church. Only her best friend Dodo (Wallis Giunta) and Dr. Richardson (Elgan Llyr Thomas) stand by her to the tragic end. Von Trier’s narrative is ideally suited to adaption to the lofty emotive power of the opera. Composer Missy Mazzoli’s operatic score reverberates with powerful force, exploding with passion and charting Bess’s journey from girlish innocence and wedded ecstasy to disorienting distraught shock at Jan’s predicament and deluded belief in the power of her goodness  that leads hre along the path to depravity and rejection.

Mancasola is magnificent in the role of Bess. Director Tom Morris’s  demands on Mancasola and Rock to sing while in passionate embrace or struggling with physical anguish would test the best singers and Mancasola and Rock rise to the occasion with voices that not only superbly accomplish Mazzoli’s challenging operatic score but also capture every nuance of emotion. Librettist Royce Vavrek’s text is sparse, yet effectively gripping in carrying the narrative and punctuating the moments of heightened emotion.

Mancasola is supported by an outstanding cast, called upon by Morris and conductor Stuart Stratford to realize the emotional force of Mazzoli’s composition. There are fine performances from Byron Jackson as Jan’s friend Terry and Freddie Tong as the unforgiving councilman. In a scene of sheer violence Sadistic Sailor (Francis Church) and Young sailor (David Lynn) epitomize the abusive treatment of Bess. The threatening spectre of bare-chested men is a chilling vision of the sexual degradation that Bess is subjected to. It is a disturbing image of male sexual oppression. Bess’s innate goodness and compassion, though severely compromised by her acquiescence to Jan’s selfish plea, elicits an audience’s deep empathy in the face of her community’s rejection and sexual abuse.

Von Trier’s dark and disturbing source material serves Mazzoli’s operatic adaption brilliantly and the orchestra of Scottish Opera under Stuart Stratford’s baton renders a stirring aspect to the tragic saga. Mazzoli’s contemporary interpretation is a heart stopping chilling innovation, dynamic in its composition and thrilling in its instrumental, vocal and performance compatibility. Breaking The Waves is certain to deservedly take its place as a leading contemporary opera on the world stage.
Posted by Canberra Critics Circle at 12:06 AM