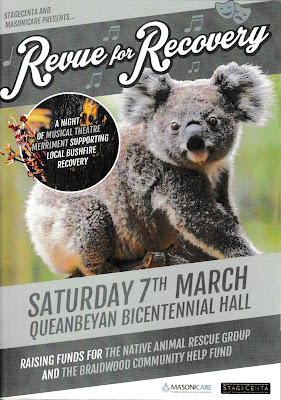 
A fund raiser for the Native Animal Rescue Group and the Braidwood Community Help Fund, this revue of musical theatre proved to be very enjoyable, showcasing many of the talented musical theatre practitioners from Canberra, Queanbeyan and Cooma.  Everyone involved gave their time selflessly and produced a delightful evening of fine entertainment for the pleasingly large and supportive audience.

The large Revue for Recovery Orchestra under the baton of Ian McLean gave the onstage artists a superb accompaniment.  The comperes for the evening were local theatre identities Lachlan Ruffy and Grant Pegg.

The original cast members of musical productions staged in the area returned to perform memorable numbers from their shows.  The earliest production represented was the 2009 Queanbeyan-Palerang Council production of ‘Chess’ and the latest was ‘The Little Mermaid’ produced in 2020 by Canberra’s Ickle Pickle Productions. 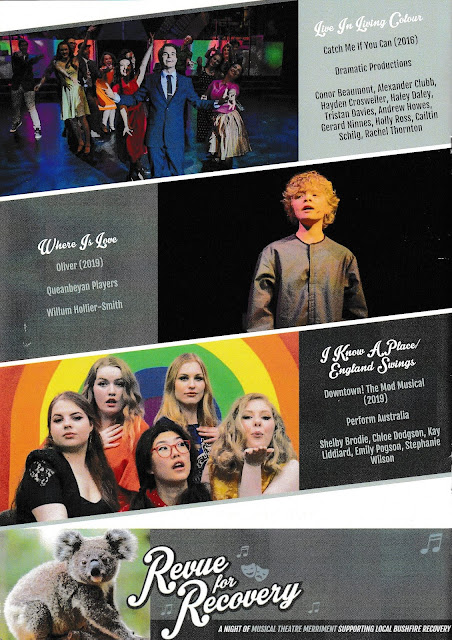 Commencing with ‘Live in Living Colour’ from Dramatic Productions ‘Catch Me If You Can’ from 2016, Alexander Clubb, Gerard Ninnes and the company of dancers got the show off to a rousing start.
It was followed by Willum Hollier-Smith with ‘Where is Love’ from Queanbeyan Players’ 2019 production of ‘Oliver!’  Perform Australia was represented with ‘I Know A Place/England Swings’ from their 2019 production of ‘Downtown! The Musical’ and Cooma’s Little Theatre gave us ‘Sixteen Going On Seventeen’ from their 2019 production of ‘The Sound Of Music’ with Shelby Holland and Angus Saunders. 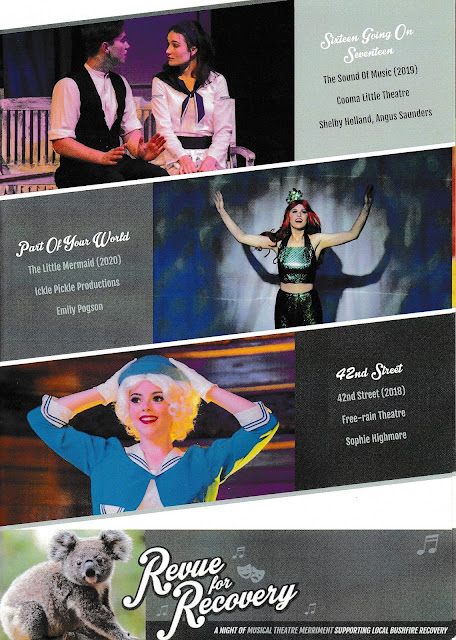 Emily Pogson sang ‘Part Of Your World’ from Ickle Pickle Production’s ‘The Little Mermaid’ from earlier this year and the first half of the show ended with Sophie Highmore’s ‘42nd Street’ which was produced by Free-rain Theatre in 2018.

The second half of the evening commenced with ‘Cabaret’ from 2019’s ‘And The World Goes Round from Canberra REP and it was followed by Janelle McMenamin and Grant Pegg with a performance of ‘Didn’t I See That Movie/Light In The Dark’ from Phoenix Players ‘Next To Normal’ from 2016. 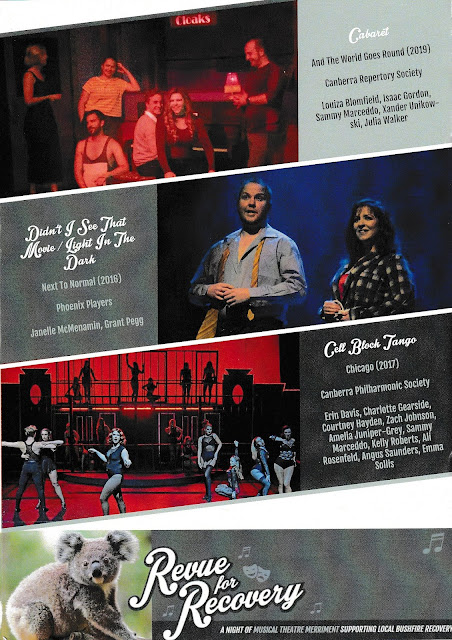 Next was ‘Cell Block Tango’ with the jailbirds from Canberra Philharmonic Society’s 2017 ‘Chicago’, followed by Christine Forbes with ‘Someone Else’s Story’ from Queanbeyan-Palerang Council’s 2009 production of ‘Chess’. 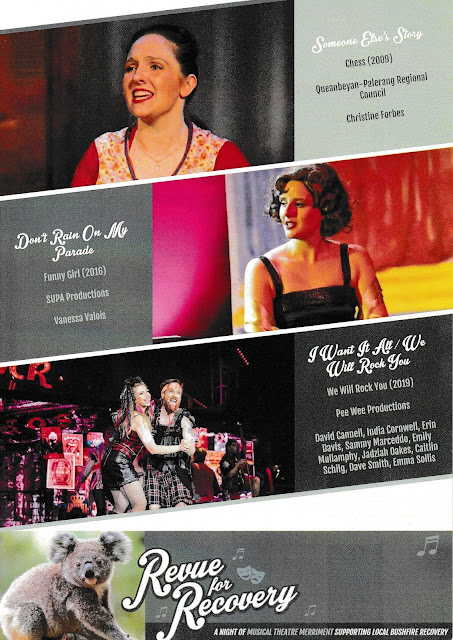 There were moving speeches of thanks from representatives of the Native Animal Rescue Group and the Braidwood Community Help Fund.  Jenna Dunley from LJ Hooker, Kippax conducted a spirited auction with many valuable items donated by local companies and there was a raffle with a number of great prizes also donated.  The list of local companies who gave generously was impressively large. 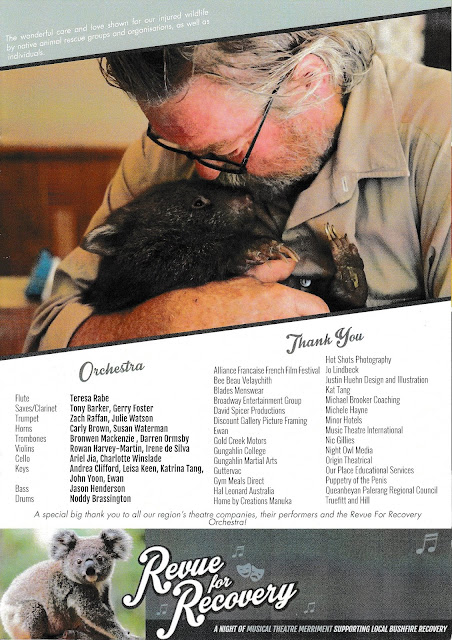 The evening finished on a high note with a performance by local singer, Lisa Keen, of ‘My Country’ that was composed by Tony Hatch and Jackie Trent.  The lyrics reminded us of why we love this country and why we had come together to help with recovery after the devastating fires.

At the end of the show, production manager and local theatre identity, Richard Block, announced that the evening had so far raised $19,840 with more expected from Gofundme online donations. 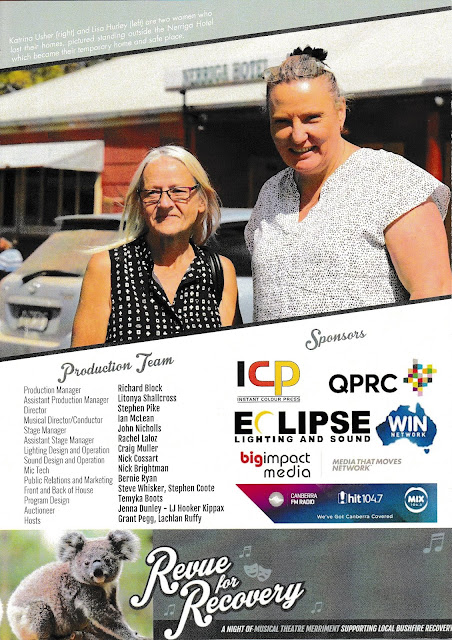 With only a short time to pull this show together, it was a credit to everyone involved.  It was a great evening for a very deserving cause.

Posted by Canberra Critics Circle at 10:34 AM