At the National Folk Festival

As usual each year, the National Folk Festival puts on far more performances than could ever be reviewed in one sitting.  I’ve selected these three because they represent new work extending our understanding of the value of folk music. 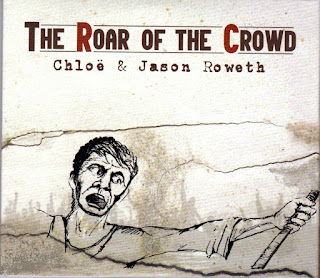 The Roar of the Crowd – Australia’s Hidden Republic puts together songs, poems and speeches, centred around the writings of Denis Kevans, covering European Australia’s class warfare from the Irish rebellion of the early 1800s to the recently appointed secretary of the Australian Council of Trade Unions (ACTU), Sally McManus, who introduced herself to the general public by stating she supported breaking the law if the law was bad.

I have a brief personal connection to this show, since I stood on a street corner in Sydney, probably in 1961, singing alongside Denis Kevans the satirical ‘LJ Hooker Song’ to the tune of ‘Click Go The Shears’ about corruption in the real estate business.  Nowadays we speak of the housing affordability crisis.  I no longer have the words, unfortunately.  Jason Roweth tells me he is aware of the song, but he too has not yet found the words we sang.  But this show is brand new, and the Roweths plan much more research and additions to their present double album CD.  I suggest filming a live performance which I think would rapidly spread if not ‘go viral’ on Youtube.

The Mission Songs Project has a similar backbone, this time about European Australia’s Indigenous race warfare presented through Jessie Lloyd’s collection of songs, written and still sung from the last 100 years by Indigenous people held in ‘missions’ – that is, all those places where people were forcibly herded together, such as the infamous Palm Island, Jessie’s family home.

Her show came to a powerful sad ending with the farewell song, ‘Now is the Hour’.  Originally written by a missionary in New Zealand as a prayer to God to help find one’s strength in faith, it was reinvented by Maori as a farewell to their cultural history across the sea, going back to the time before arriving in Aotearoa in the 13th Century.  For Australia’s Indigenous people in the 20th Century, the song in English and sung with Torres Strait Polynesian-style harmonies became a song of farewell to country, and again to stolen children.

To my mind, if there’s one reason for maintaining our continuing support for the National Folk Festival it is precisely because this is an essential celebration of the true core issues for all of us in Australian society.  I am impressed with the Australian Capital Territory Government’s positive role, and in the case of the Mission Songs Project, the practical input of the Federal Government’s National Library of Australia.

I just only hope our political and business leaders on the far right, right, left and far left come and experience our history and what it means in this encouraging positive atmosphere of music and song.  So to finish, I must mention Amulet.  In this multicultural choir program, each woman tells her personal story of an ornament with special significance in her life, interspersed by folk songs from the many cultures they represent. 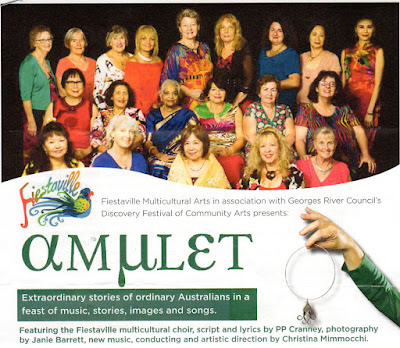 These three events represent the theme throughout the National Folk Festival.  No matter our origins, we are all equally human.