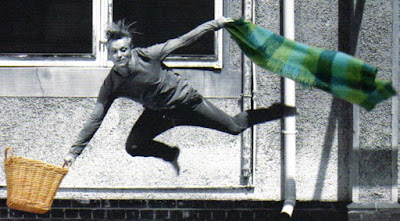 Picnic is crossover dance-theatre which defies standard categorisation.  Other companies, such as Kate Champion’s Force Majeure, tend to have a more conventional development of story and theme (in works such as Steve Rodgers’ Food, or Champion’s Never Did Me Any Harm – see reviews August 2014 and January 2012 respectively).

Gerard Van Dyke shows strong traditional French-mime tendencies in creating his Picnic character, bringing to mind Marcel Marceau’s Bip the Clown struggling to understand the normal world.  At the same time, Van Dyke has an attitude towards the relationship between his character and his audience rather like the works from Canada that I saw in this year’s Sydney Festival – particularly Huff by Cliff Cardinal (Native Earth Performing Arts) and Anthropologies Imaginaires by the French Canadian Gabriel Dharmoo (reviews January 2017).

Considering Van Dyke’s sense of humour, I might rename his work Le Pique-nique Imaginaire.  He clowns with the elements of a typical Australian family picnic – the Esky, drink, snags, gourmet potato chips, potato salad (always made by the same aunt, of course) – and adds in the BYO (meaning Bring Yourself) as his invitation to us to join in his exploration of weird possibilities and an ‘explosion of ideas’.

It wouldn’t be fair for me to go into too much detail at this point, since the element of surprise is what makes the show so engaging.  But as you can see from Jeff Busby’s photos, just a few to do with the Esky, it’s not only Van Dyke’s relationship with his audience we should worry about.

After the performance, Van Dyke conducts a Q&A which on this occasion revealed something of the serious questions behind the often very funny episodes, ending with the gourmet potato chip packet becoming a kite which mysteriously lifts him close to a metre off the stage floor.  On the nature of being an artist, he quoted the advice he was once given: “Always aim for the gap.”

And he was true to his word.  Much of the time I was not sure of my footing, not standing on firm conventional ground.  But by the end of the picnic (which, as he pointed out, takes a lot of planning and organisation so that you can sit around and do nothing) Van Dyke had achieved his aim of creating the illusion of flying on stage, while for us the metaphor made our minds fly.

Bon appetit, as the French would say. 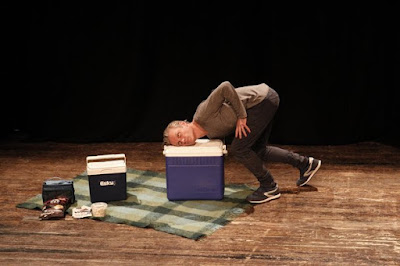 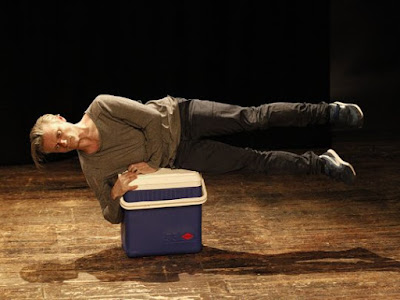 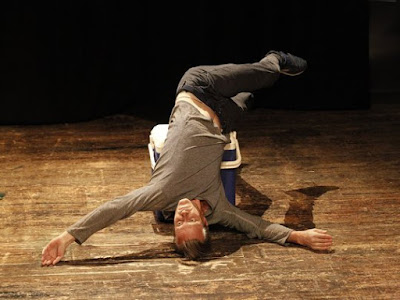 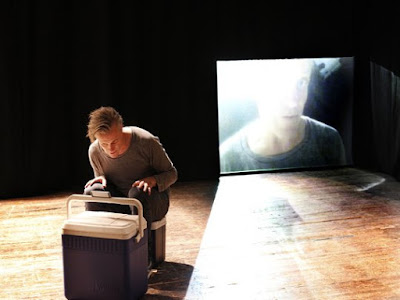 All photos by Jeff Busby