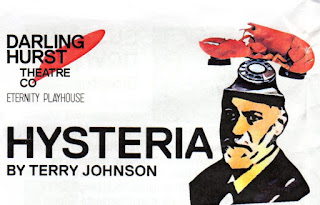 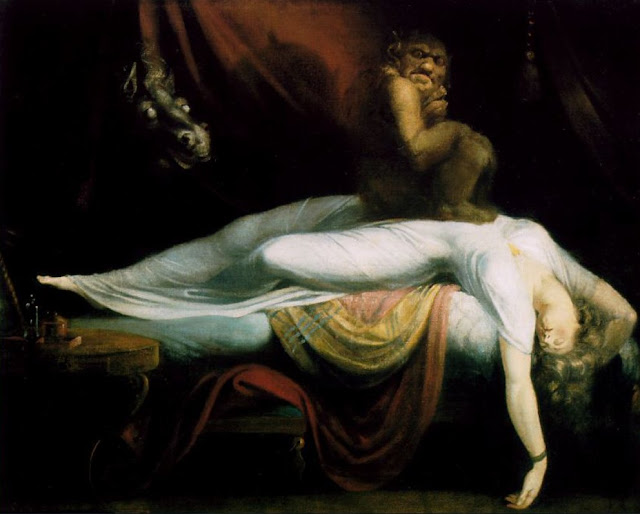 Dream-interpretation must seek a closer union with the rich material of poetry, myth, and popular idiom, and it must deal more faithfully than has hitherto been possible with the relations of dreams to the neuroses and to mental derangement. So wrote Sigmund Freud in the 1911 Preface to the Third Edition of his 1899 work The Interpretation of Dreams.

So Terry Johnson wrote in 1993 his interpretation of Sigmund Freud’s supposed dream in his final sleep in 1939, in which he is visited

 by the Jewish academic Abraham Shalom Yahuda (1877–1951) (who in reality objected to Freud’s intended publication of his last work, Moses and Monotheism, showing God is merely a fiction created by the brain as imagination, and that Moses was probably an Egyptian);

 by the artist of Guernica and the melting clock, Salvador Dali (who also in reality visited Freud in London in 1938);

 and by the maybe imaginary daughter, Jessica, of one of his ‘hysteric’ patients.  (In the spring of 1897, Freud wrote his friend Fliess about a new patient, a young woman with hysterical symptoms. "It turned out that her supposedly otherwise noble and respectable father regularly took her to bed when she was eight to twelve years old and misused her…").
[http://www.pbs.org/youngdrfreud/pages/analysis_doubts.htm]

You may not expect this material to be the source of farcical comedy, but that may be just a slip of your imagination.  Johnson’s play is (like the new play by Kate Mulvany The Rasputin Affair reviewed here April 11, 2017) a tightly structured wild romp of a farce, with equally relevant messages for modern times.

An essential element of the dream, of course, is surrealism.  So not only are the characters caricatures – especially Dali – but so are their make-up and costumes, their actions and finally the set itself.  It was a wonderful idea to make the rear wall of Freud’s room angled out of kilter, like a representation of those illusions which appear to make a person small or large according to where in the room they stand.  The two doors in this wall, in conjunction with the normal French doors into the garden and another secret panel in the opposite wall fully satisfied the necessary injunction for farce – as many odd and interesting entrances and exits as you can manage.

Add huge zoomed-in projections of nightmare images, and terrific thunder and lightning, and we are in for a theatrical treat.  Funny as all get-out, you might say.

Yet when Jessica furiously confronts Freud with the fact of her mother’s abuse by Jessica’s grandfather, the story of her father’s virtual denial of the young Jessica’s childhood, and the account of her mother’s suicide in a mental institution – after Freud’s apparently successful treatment of her ‘hysteria’ – everything hits the fan.  It was Freud’s denial of the truth in favour of the fiction of young girls’ fantasy of seducing their fathers that sent her mother hysterical.

This was the most farcical point in the play, as we see the absurdity of Freud being accused by his own imagination in the form of Jessica.  But the laughter stopped right there.  And we could almost feel a little empathy, if not too much sorrow, as Freud left us in silence to sleep, presumably never to dream again.  While we identified without doubt with Jessica’s justifiably righteous anger at the abuse of young children, made all the more intense by our ongoing Royal Commission.

This production is great credit to Darlinghurst Theatre Company and director Susanna Dowling “who came to us with a compelling and wonderful vision for the production, Hysteria” to quote Executive Producer, Glenn Terry.  I agree entirely.