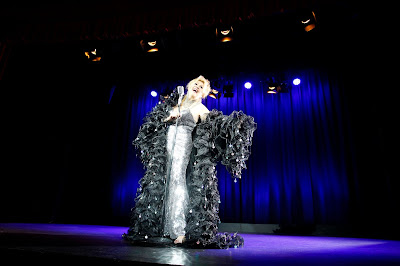 “Here I am, a genuine legend, and they put me in a f…kin’ tent” are her opening words as she takes the stage to the tune of the Irving Berlin anthem “No Business Like Show Business”, resplendent in head-to-toe silver spangles and enough grey ostrich feathers to launch a thousand hats. “Some poor fowl is running around bare-arsed” she explains, as her accompanist, Helpmann Award winning, Michael Griffiths breaks up over the baby grand. 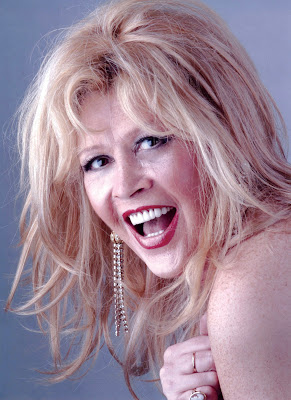 She’s right of course. She is a genuine legend, with a long career that harkens back to her days in the 1960’s the leading lady of Les Girls in Kings Cross, then in the 1980’s touring her drag shows around the country, before finding a brand new audience as an outspoken television panellist.
Carlotta has an extraordinary tale to tell, and despite having written two books about herself, and been the subject of a telemovie, she’s still got plenty of untold tales to share with an audience eager to experience her outrageously funny, brutally honest observations.

But more than that, she’s a consummate entertainer. Observe the accuracy with which she places her one-liners, the way she prowls the stage seeking out thick-skinned victims who can deal with her hilarious back-handed insults. Listen how cleverly she phrases the lyrics of her songs, especially her personalised version of the Sondheim classic, “I’m Still Here “, even if Sondheim might wince at some of her new rhymes.

Sure her script could do with some tightening. The show does become a bit self-indulgent, as she acknowledges old friends and acquaintances in the audience. But these days she sings her songs live, in a pleasant light baritone voice, no longer relying on the expert lip-synching to old Shirley Bassey recordings that was her previous modis operandi. 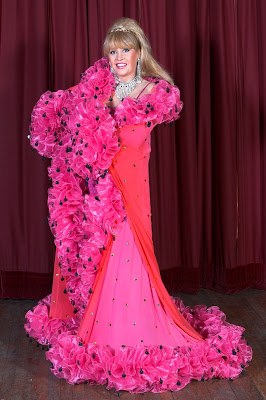 Carlotta has the back-story, the glamour, the experience and the voice, having made her entrance into the world of big-time cabaret at this year’s Adelaide Cabaret Festival, albeit in a tent, a very pretty tent, with the help of a good script , judicious selection of songs, and a good director and musical director, (are you listening Michael Griffiths ?), she could well add another string to her bow by morphing into an important star of the International cabaret circuit.