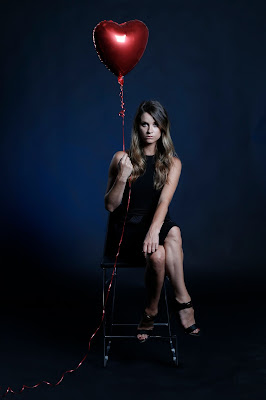 Over the years The Adelaide Cabaret festival has provided the launching pad for several musicals, perhaps the most notable being Eddie Perfect’s “Shane Warne – The Musical”. Receiving its world premiere at this year’s festival is a poignant little chamber musical, called “Vigil”.  Written by Steve Vizard, with a haunting score composed by Joe Chindamo and directed by Andy Packer, “Vigil” has only one character, Liz, a self-obsessed, thirty-something prodigal daughter who returns home after years of globe-trotting to visit her sick mother.

Throughout the musical, Liz’s mother lies prone in her bed, perhaps asleep, unconscious, drugged or even dead. Liz is too pre-occupied with her own problems to actually check. She berates her mother in a stream-of-consciousness monologue, punctuated with songs. We learn that Liz is jealous of her sister, Amelia, who has looked after her mother in her absence, her niece, Giselle, because of the attention her mother pays her, and her aunt Freda who disapproves of Liz’s lifestyle.  We also learn that her marriage has broken up following the death of her infant son, that she obviously has substance abuse problems, and that her now stricken mother had previously deserted her family for a lesbian lover.

Vizard has created an engagingly complex character in Liz. She’s so needy and self-obsessed that she could easily become tiresome. However, as played by Christie Whelan-Browne, in a tour-de-force performance, each mood swing, accusation, moment of self- revelation and occasionally, remorse, feels perfectly believable. So that by the final denouement, as Liz realises that her life will forever be thus, it’s impossible not to be moved by her predicament.

Chindamo has written a slew of lovely songs which progress and inform the action, and which, for the Adelaide Cabaret Festival performances, he accompanied on the piano, together with violinist Zoe Black, and an uncredited cellist. Memorable among them are  “One More Breath”,  sung by Liz as she realises her mother might die before she has finished haranguing her,  “Pretty Little Thing” as Liz recalls her mother’s perceived intrusion in a school play, and “When You Tie A Knot” as she muses on her failed marriage. There is also the dramatic “37 Photographs”, when Liz discovers that there are only nine photos of her among a storyboard of 37 family photographs her sister has constructed, and a cheeky “Barbecue of Love” as Liz recalls her father’s favourite family gatherings.  Whelan-Browne brings each of them to life in a performance perfectly pitched in mood and execution.

However, despite an intriguing premise, the lovely score, and a luminous performance by Whelan-Browne, the concentration required of the audience to keep up with the dense detail begins to take its toll and at 90 minutes without an interval, “Vigil” felt too long. Some judicious cutting to unclutter the storyline and a rethink of some puzzling directorial decisions would strengthen what is already one of the more memorable offerings at this years’ Adelaide Cabaret Festival.