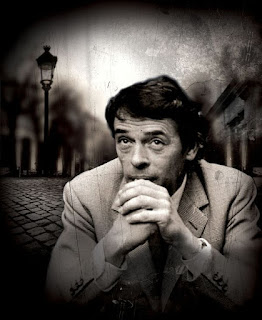 I’ve always believed it is best to save the best ‘til last. This is not to diminish the wonderful offerings of the splendid collection of outstanding artists at this year’s Adelaide Cabaret Festival. But the poetry, the music and the life of Jacques Brel’s songs hold a very special place in my heart and, judging by the packed Dunstan Playhouse on Sunday night, in the hearts of many who revere the immortal Belgian troubadour’s commentary on life.” I can’t stand stupid people” he says on the film footage screened during the performance. To celebrate the man and his music, festival co-director, Ali McGregor, has invited a corps of festival artists to celebrate the life and songs of the maser of the modern chanson, whose influence has inspired the music of such greats as Dylan, Cohen, Bowie and McKuen and our own John Waters. His songs now outsell the songs of Piaf, and across the world performers of Brel’s vignettes of the human condition capture the lives of the poor, the old, the pimps and prostitutes, the sailors and the swells, the would be heroes and the dead and the dying.

McGregor sets the mood with a whirling dervish rendition of Carousel, building in tempo to a crescendo of frenzy before introducing her artists, each and every one a glorious interpreter of Brel’s cynical, satirical, humane view of existence. Beneath suspended lamp posts, Dusty Limits sings of Jackie and his wishful aspirations. Waif like, Australia’s Little Sparrow, Michaela Burger sings in French her feisty song of protest and spite, Les Bourgeoisie, giving the finger in contempt to the piggish middle class. There is class in Johanna Allen’s French rendition, quickly contrasted by Meow Meow’s Merde. Her rendition of Ne me quitte pas with three audience members thrust against her hips contrasts with Kim David Smith’s whimsical and unostentatious The Old Folk. Dressed in the rough-hewn clothes of a boozy  sailor in a striped T shirt, the sailors are brought to life in a gutsy, raw and powerful rendition of The Port of Amsterdam by festival co-Artistic Director, Eddie Perfect. McGregor closes the show with Brel’s plea for peace and understanding If We Only Have Love, joined on stage for a final curtain by Dusty Limits, Meow Meow, Eddie Perfect and Kim David Smith.

At my final show of the Adelaide Cabaret Festival the spirit and the humanity of the master of the chanson has risen from the depths of emotion of five superb interpreters of Brel’s songs, brilliantly accompanied and arranged by musical director Charly Zastrau, hunched over the keys, as he and his band reincarnate the passion, the intensity and the cheeky grin of chain smoking flippancy .

Brel’s promise in Jackie is “to give you a night like no night has been and never will be  again” Brel Th Immortal Troubadour has been a one night stand that will linger in the memory and the heart for more nights than I care to count.