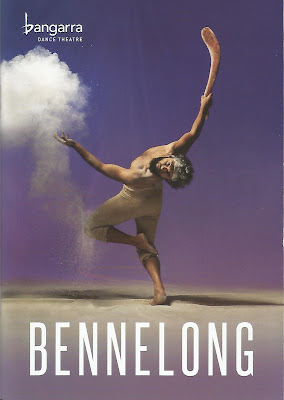 
Most of us think we know something about Bennelong. Probably Australia’s most famous aboriginal, he was befriended by Governor Phillip, who took him to England, then set him up in a hut on Bennelong Point, where the Sydney Opera House now stands, and where he eventually died. Beyond that not many have given him a second thought.

Stephen Page has given Bennelong a lot of thought. Thought that drove him to create this remarkable epic work, which challenges us to consider Bennelong’s life from a completely different perspective. A work which may well be Page’s masterpiece.

Through a series of stunningly theatrical, abstract sequences that loosely chronicle events that form the known dot-points of Woollarawarre Bennelong’s life, Page has created an extraordinary, often moving and certainly revelatory dance work, so powerful that it is impossible to leave the theatre without feeling some empathy for the man who in his attempts to understand and participate in two different worlds, managed to end his life as an outcast from both of them.

The Bangarra dancers have never danced better or looked stronger than they do in this work. Whether spectacularly conjuring up life before the white man, costumed by Jennifer Irwin in remarkable feathered creations, or as guests in a bizarre ballroom, they attack Page’s startlingly idiosyncratic choreography with understanding and purpose.

Jacob Nash’s glowing  sculptural settings, superb atmospheric lighting by Nick Schlieper, along with Steve Francis eclectic and evocative soundscape fuel the imagination as beautiful, mysterious and confronting sequences follow each in a seamless stream until the final heart-wrenching climax.


That “Bennelong” is a seminal landmark dance work, there is no doubt, but be aware; it’s the questions it evokes that are likely to haunt you long after you have left the theatre.