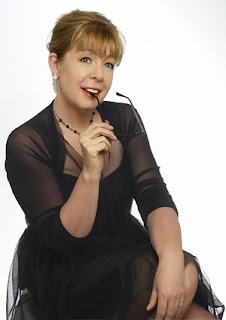 In a week which saw the passing of Barbara Cook and Glen Campbell, music lovers around the country were saddened to learn of the death of “Australia’s first lady of jazz singing”, Janet Seidel, who died quietly in her sleep this week with close family by her side. Janet was diagnosed with ovarian cancer late last year, but typically, chose to keep the information private and continued to give concerts around the country with her trio.

Raised on the family dairy farm at Mt. Compass in South Australia, Janet commenced playing piano at an early age, and in high school played leading roles in several musical productions.After graduating from the University of Adelaide as Bachelor of Music, she was a high school music teacher for some years as well as a regular performer in many Adelaide venues.

In 1982 she went overseas and spent six months performing extensively in London, Stockholm and the Greek Islands, receiving numerous offers of regular work all around Europe.
Preferring to return home she formed a jazz trio in Adelaide with her brother, David, an experienced and accomplished bassist, and jazz drummer, Billy Ross. They worked steadily at upmarket venues around Adelaide until she moved to Sydney in 1985.

During the next few years in Sydney, Janet worked consistently playing in 5 star hotel cocktail lounges, interspersed with trips to Europe as well as performing all over the USA as pianist for the Four Kinsmen. She also undertook solo work in London and Paris.

In recent years Janet and her brother David have embarked on various recording projects and established an independent recording label, La Brava Music, collaborating with many of the country’s top jazz musicians to produce a string of top-selling albums including the internationally acclaimed series, The Art of Lounge.

When they appeared at The School of Arts Café in Queanbeyan in 2000, The Janet Seidel Trio were already well established as one of the country’s foremost jazz ensembles. However for their inaugural season at The School of Arts Café, Janet together with David, and guitarist, Chuck Morgan, created their first cabaret show. It was called “Doris and Me”, paying  tribute to one of Janet’s earliest musical influences, and to whom Janet’s voice had often been likened, Doris Day.
“Doris and Me”,  was an immediate success, and a whole new audience in cabaret rooms around the world discovered the Janet Seidel Trio. Janet had written a charming, witty script, which detailed similarities between her own career trajectory and that of Day’s. Janet proved to be a captivating story-teller and Day’s repertoire fitted her warm vocal style and sunny personality like a glove. Accompanying herself on piano, and backed by the elegant musicianship of David and Chuck, Janet entranced audiences with her ability to make each person in the room feel that her story was just for them.

“Doris and Me”  spawned a best-selling CD of the same name, and provided the template for a whole series of cabarets and CD’s by the trio, celebrating the repertoires of Blossom Dearie, Peggy Lee, Cole Porter, Johnny Mercer, Ella Fitzgerald, Billie Holiday, and only this year, George and Ira Gershwin.

In addition to appearing in cabaret venues and festivals around Australia, The Janet Seidel Trio undertook regular international tours, headlining, and drawing rave reviews  in London’s famed Ronnie Scott’s Jazz Club and in venues in the US, Europe, the Middle East, south-east Asia and particularly in Japan.

Janet and her trio had also built a large and loyal audience in Canberra over the years through their regular performances at the Canberra Southern Cross Club, The School of Arts Café, The National Press Club, The Street Theatre and the National Gallery of Australia.