A GERMAN LIFE by Christopher Hampton 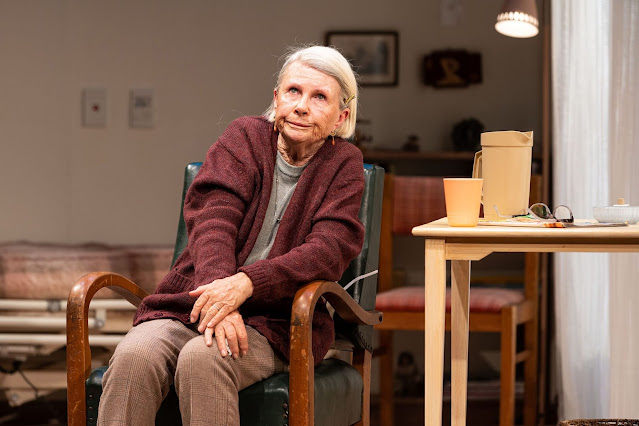 Presented by John Frost for The Gordon Frost Organisation. 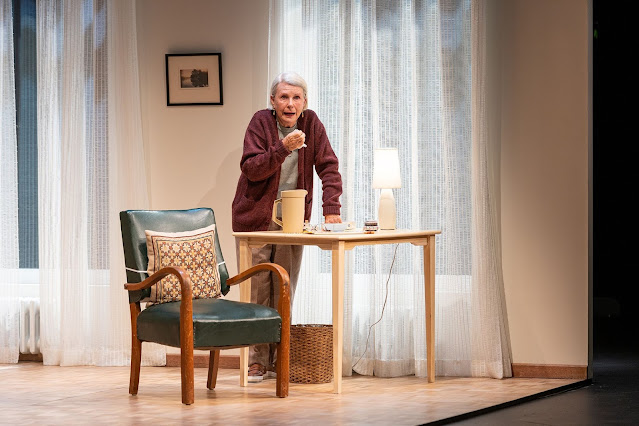 Apart from her great age, her life might have been comparatively unremarkable had she lived at another time in history. But when, at the age of 102, she entrusted her story to a team of documentary film makers, there emerged a tale of resilience and survival so compelling that playwright Christopher Hampton was inspired to turn it into a stage play.

In doing so Hampton has provided Robyn Nevin with a role which could be the crowning achievement of her long and distinguished career.

In an acting career spanning nearly 60 years Nevin has left a trail of remarkable stage characterisations in her wake.  Her Miss Docker in “A Cheery Soul”; her Maria Callas in “Master Class”; her Joan Dideon in “A Year of Magical Thinking”;  are recalled with relish by those lucky enough to have experienced them and are now part of Australia’s theatrical history.

Brunhilde Pomsel is another of those creations.  Pomsel was a dab hand at shorthand and a survivor. Her shorthand skills led to a series of secretarial jobs. Some were with persecuted Jewish business owners. She worked for the German Broadcasting Corporation, and eventually, and most significantly, as a secretary to Joseph Goebbels, the Nazi Minister for Propaganda.

Being a survivor, Pomsel kept her head down, becoming one of the last actively involved witnesses to the rise, fall and aftermath of the Third Reich. Her war ended when she emerged from the rubble near Hitler’s bunker waving a white pillowcase to the approaching Russian soldiers in 1945.

When questioned many years later by the documentary makers, she chose not to think too hard about what was going on, claimed youthful ignorance at the atrocities of the regime, preferring to focus on her own life.  And when you hear her story, transformed by Hampton from the transcripts of her interviews into an absorbing narrative, few would blame her.

When the audience enters the theatre it is greeted by Dale Ferguson’s substantial, superbly detailed setting; a pleasant, sparsely furnished room which could be the Munich nursing home room in which Pomsel eventually died.

A cellist, Catherine Finnis, sits to one side of this room softly playing an atmospheric soundscape, composed by Alan John, which incorporates the sounds of ambulance and air-raid sirens to accompany unnerving newsreel images to haunt Pomsel and re-immerge as unwanted memories which suddenly flood her mind. 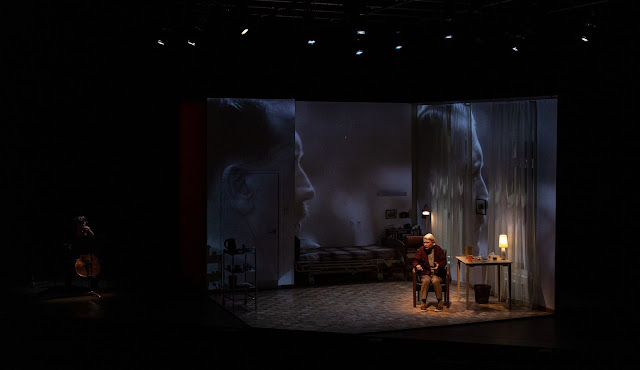 From the moment she enters this room, a frail, bent-over figure, her straight white hair roughly secured with a large bobby pin, Nevin is Brunhilde Pomsel.

For the next 90 minutes, speaking in a softly accented voice, she holds her audience enthralled as she recalls details of her life.

Matter of fact, obviously resigned to her situation, Pomsel tells her tale in a deliberate precise stream of consciousness. Pausing occasionally to refresh her teacup, gaze out her window, or examine the lone photograph in her room, as she rakes her mind for elusive details. She remonstrates herself and apologises for not remembering, but occasionally an unwanted memory stops her in her tracks and she falters and fights the emotion.

Despite the stern countenance she presents to the world, Pomsel proves surprisingly likable, with a cheeky turn of phrase hinting at a sense of humour and determination that may have been the secret of her survival.

Carefully avoiding any obvious displays of virtuosity, Nevin’s fascinatingly detailed performance is a masterclass in restraint yet dazzling in its complexity.

As we have come to expect from John Frost, the production is impeccable. Neil Armfield’s direction is subtle, as are the lighting and sound design by Nigel Levings and Jane Rossetto. Everything is at the service of Nevins extraordinary performance.

Posted by Canberra Critics Circle at 7:51 AM