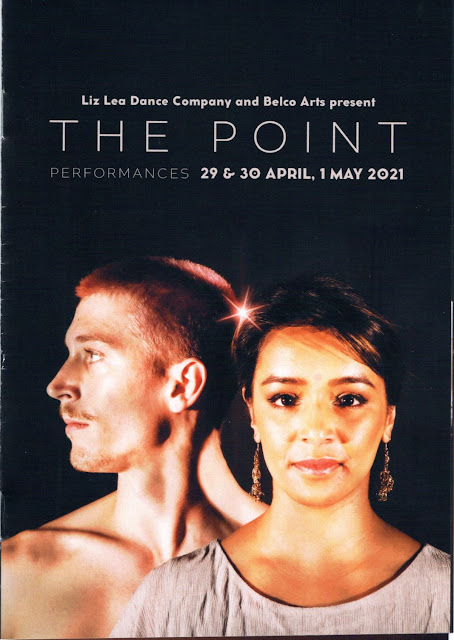 Excerpt from Burnt Norton (No. 1 of 'Four Quartets') by T.S. Eliot:

At the still point of the turning world. Neither flesh nor fleshless;
Neither from nor towards; at the still point, there the dance is,
But neither arrest nor movement. And do not call it fixity,
Where past and future are gathered. Neither movement from nor towards,
Neither ascent nor decline. Except for the point, the still point,
There would be no dance, and there is only the dance.
I can only say, there we have been: but I cannot say where.
And I cannot say, how long, for that is to place it in time.

The world, not just of coronavirus but even more of politics here and abroad, has seemed to me in recent years to have become the churning world.  Liz Lea’s remarkable dance work, The Point, took me for a brief hour last night to that still point which Eliot’s poetry first took me to in my youth.

I am reminded again that even in times of pointless churn, we have art to give us strength; to give us comfort in the knowledge that we can still reach that moment of peace and joy in dance – perhaps the most pure artform.

It’s a wonderful surprise, as Lea has written, to find “how lucky are we in Canberra to hold such artistry within our community” in her note of Thanks.  And such a wonderful idea of hers, in our so multicultural city, to work up a dance of modern style with ancient traditional forms from India, reaching a point of togetherness, of unity in diversity.

And what an imagination to take “inspiration from the designs of Walter and Marion Griffin”, the American designers of Canberra who also worked in India (where Walter is buried) to celebrate the 150th anniversary of Marion’s birth.

Rather than write about the dance, since that, as Eliot pointed out, is really to miss the point, “I can only say, there we have been” and encourage everyone to see The Point for themselves.  I can only hope, too, that Liz Lea will be able to take this production, with its evocative lighting, visuals and stunning soundtrack, further afield or at least extend its too short season here in Canberra.