There was virtually a full house of music lovers at the Q Theatre for “Fate”, the National Capital Orchestra’s Sunday afternoon concert.  Was it Fate?  No, it was just a love of music and the opportunity to share it again with a large audience, now that Covid restrictions have been eased.

The program commenced with the “Overture To ‘The Magic Flute’” by Mozart.  The orchestra had a few wobbly moments near the beginning and the piece overall needed a bit more tension in the playing, but this rousing work was enjoyable and a good choice to open the concert.

It was followed by “The Blue Mountains” by local Canberra composer, Sally Greenaway.  This short piece was composed in London in 2014 during a break from music studies.  Homesick for Australia, Greenaway produced a highly evocative work that nicely captures the atmosphere of the mountains.  The orchestra, under the baton of conductor, Louis Sharpe, gave it a fine performance that brought out the depth of colour and emotion in the music.

Max Bruch composed “Kol Nidrei” in 1881for cellist Robert Hausmann.  It has become a well-known and much-loved concert piece internationally ever since.  Canberra’s James Munro, a 17 year old award-winning cellist and a member of the Canberra Symphony Orchestra gave a moving and sensitive performance of this work.  The orchestral accompaniment was equally fine 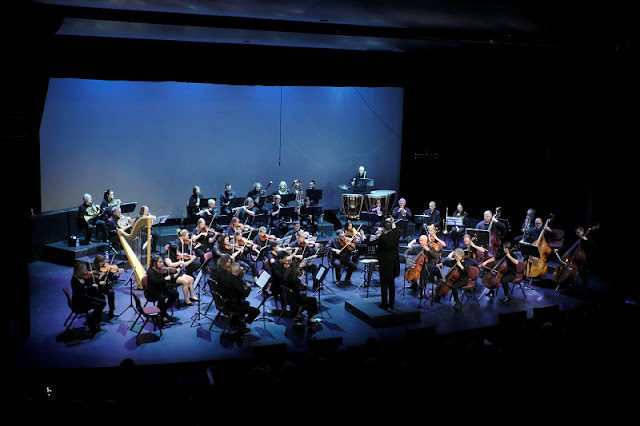 As an encore Munro performed a short solo composition of his own that showed he is a major talent already at such a young age.

The final and major work on the program was Beethoven’s Symphony No. 5, often labelled the “Symphony Of Fate”.  Composed between 1804 and 1808, its opening is one of the most well-known pieces of symphonic music.  The orchestra captured the full dramatic qualities of this work, especially in the first and final movements.  They also gave the Andante second movement the preciseness and delicacy it needs.  Overall, it was a performance to be proud of.

The loud and sustained applause from the audience at the end of the concert was well-deserved.

This review was first published in the Canberra City News digital edition of the 17 May 2021.