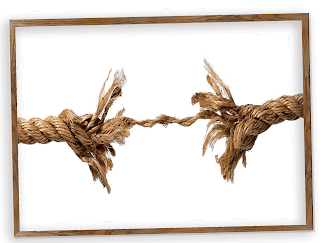 First performed at the Strand Theatre in 1929, Patrick Hamilton’s play enjoyed immediate success and went on to highly acclaimed performances in London’s West End and New York’s Broadway. In 1948 Alfred Hitchcock turned Hamilton’s mystery crime thriller into a film with Jimmy Stewart  in the role of melancholic misanthropic antagonist Rupert Cadell. While watching Canberra Repertory’s meticulously detailed and superbly staged production of Hamilton’s “Will they get away with murder” thriller it is easy to see why Rope has enjoyed such great success. Hamilton turns the conventional crime thriller upside down by revealing from the outset  murderers Wyndham Brandon and Charles “Granno” Granillo hiding their innocent victim, Raymond Dentley ina  chest before their guests arrive for a cocktail party.

Unlike a Poirot or Miss Marple crime detection tale, Rope is the ingenious invention of a playwright, presumably inspired by the real life Leopold and Loeb case of 1924, when two young university students murdered an innocent 14 year old neighbour,  simply for the thrill of it. Hamilton combines a biting commentary on class and morality with a cleverly devised challenge to audiences to see whether the villains will get away with their senseless crime or whether they will be found out and brought to justice. It is a drama of potential entrapment of the two murderers, vainly confident in their notion of intellectual superiority. Hamilton presents a challenge that demands skilfully etched characterization and spellbinding engagement. With this in mind, director Ed Wightman, his cast and production team have staged a revival of Rope, first performed at Rep in 1941, that is highly professional in every aspect. Quentin Mitchell’s set design and Anna Senior’s costume design perfectly capture period, style and character. Lighting designer, Nathan Sciberras and sound designer Justin Mullins  build the atmosphere, heightening the suspense and tension, and keep the audience transfixed in their search for the clues that will expose Brandon and Granno. From the dramatic and portentous opening music and dim lighting to the onset of the storm and the ultimate exposure, the production skilfully orchestrated by Wightman holds us in a state of absolute engagement. 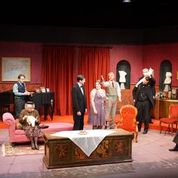 Wightman draws flawless performances from his actors. The casting of Pippin Carroll as Brandon and Josh Wiseman is inspired. The contrast is palpable – Brandon the supercilious camp white privileged English male with an arrogant belief in his superiority and cleverness is  perfectly pitched by Carroll. Wiseman is the perfect foil – the impressionable fall guy, the stool pigeon driven to whiskey in his attempt to escape the panic and the bullying. Hamilton imbues the cocktail guests with instant familiarity. He creates characters that are authentically well-to-do upperclass British. Alex McPherson’s flighty society lady Leila and  Callum Wilson’s silly, gullible public school toff, Kenneth Raglan encapsulate the vapid assumption of entitlement.  Anne Freestone  makes Mrs Debenham’s disengagement and  apparent indifference to her surroundings a curiosity as she retreats into her embroidery and Saban Lloyd Berrell’s  Sir Johnstone Kentley presents a rather vacant gentleman and scholar, intent on acquiring books and classical Beethoven records until he is jolted into reality when he learns of his son’s disappearance. Ian Russell creates exactly the right tone in double roles as the inscrutable foreign butler, Sabot and a London Bobby.

It is Ryan Street’s war wounded poet and melancholic Rupert Cadell that most intrigues. A previous teacher of Brandon, Cadell is Hamilton’s voice of morality and one suspects Hamilton’s alterego. Street plays him to absolute perfection, capturing his moodiness, his sharp wit and intellectual agility. Self pity feeds his suspicions and his perceptiveness picks up the clues and the contradictions. Life’s experience and damage has created a character that lifts a crime detection mystery to another level, and compels an audience to consider which is the greater murder, the individual act or the theatre of war. Street is Cadell and Cadell is Hamilton.

Wightman has kept the play in period and each actor rises to the occasion and creates a character that is real, true to the script and intriguing to watch. The play also runs straight through without an interval, allowing actors to play consistently and audiences to maintain their alert attention to the clues and unfolding surprises. Canberra Rep’s Rope is a production, intelligently explored, creatively mounted and providing first class entertainment in the tradition of classic old time crime mysteries with plenty of food for thought for the discerning theatre-goer.