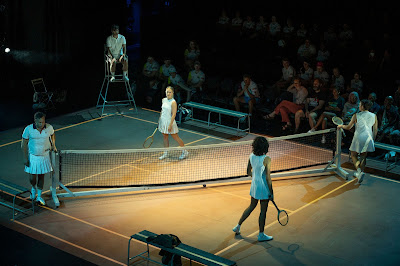 Sunshine Super Girl is a quite fascinating story of the tennis star Evonne Goolagong’s career, from batting a ball against a wall at age three.

I will call this kind of show Picaresque Theatre.  Evonne tells her story on a tennis court via a ‘chorus’ who play, in dialogue and often in dance, the central characters in her family and tennis life. 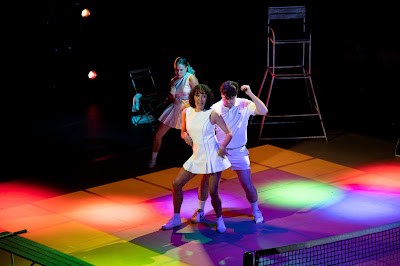 Though it seems a little like children’s theatre in style,  regularly receiving highly enthusiastic responses especially from younger members of the audience (while the use of microphones instead of live voices was a bit too distancing for me), the story makes a valuable contribution to our understanding of how the real Evonne Goolagong Cawley dealt with the pressures of professional tennis life, including sexual harassment from her strict demanding coach, falling in love, and racism.

As in those picaresque novels of the 18th Century (think of Henry Fielding’s Tom Jones, for example) episode follows episode, as in real life, without much sense of dramatic direction.  However, when in the end she has succeeded in winning a huge collection of ceremonial cups; and the love of Roger Cawley; and won on Wimbledon Centre Court – despite being forced to miss her loving father’s funeral; it is the strength of her character that wins the hearts of her audience.

What seems like light entertainment – essentially fun to watch – tells us what being a good sport is really all about.  It’s a matter of sunshine as a person, as a girl, and as an Indigenous iconic figure that makes Evonne Goolagong Cawley super. 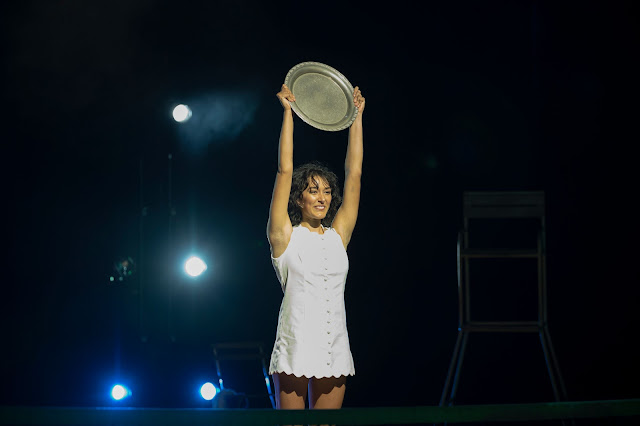