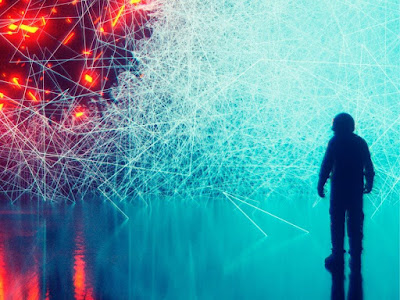 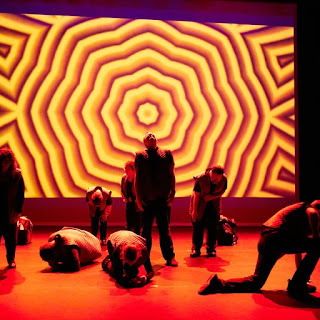 “They make me so proud.’ co-director Ben Drysdale said to me as I was leaving Belconnen Theatre after the opening night of Rebus Theatre’s Utopiate. And so he should be. If the aim of theatre is to make a difference and bring about change, then      Rebus Theatre is its standard bearer. Drysdale and co-director Sammy Moyniham have worked for months with a cast of mixed ability to create a show that is both funny and insightful with considerable appeal by a cast and crew who possess the ability to see the world through a different lens.  Utopiate is a work that compels an audience to see the world differently. It invites an audience to discover new possibilities and make choices that open the way to positive change. 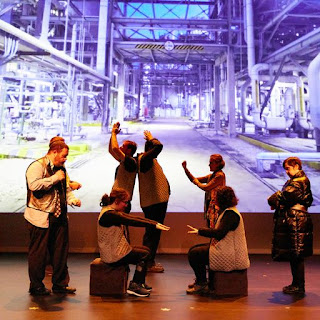 In 1516 Sir Thomas More, Lord Chancellor to Henry Vlll, wrote Utopia, his vision of an imaginary perfect world. Was it satire or a serious social experiment? Rebus Theatre has cleverly spun a satirical  slant on the Utopian concept. Utopiate is a pain free planetary opiate where Grand Master Thorax Mansion (Sam Floyd) has invited the suffering Earthlings to leave their mundane world of repetitive routine and painful ailments for the stress free world of Utopiate. In a sales pitch reminiscent of television marketing four Earthlings are invited to leave Earth and discover true happiness and pain free heaven on Thorax’s Paradise. Here with the aid of his minions Mars Bar (Megumi Kawada), Purple Raindrop (Zoe Trevorrow), and Silver Star (Stephen Perkins) Thorax can cure the aches and pains that plague Tom (Josh Rose), the stress that bedevils  Environmentalist Elsa Whitney (Carol-Jayne ‘CJ” McManus), the invading thoughts of Gestalt Therapist Crystal Hart (Leanne Shutt) and Depressive Mitchell King (Edward ‘Woody’ Menzies).However Rebus Theatre is not in the business of false panaceas. The company’s cast and crew  live in the real world, a world of challenges and difference. Theirs is the art of connectivity, reaching out to an audience and opening their eyes and hearts to alternative possibilities. Thorax’s Paradise offers a flawed solution to pain relief and Rebus Theatre’s Utopiate extrapolates a universal truth within the quest for perfection . And so, like every good story there is a moral that rings true – to overcome pain and suffering it is necessary to embrace change. This is Rebus Theatre’s raison d’etre to effect change through the empowerment  of theatre. Utopiate  is not theatre of sophistication. It is simple, but not simplistic, honest but not condescending and instructive though not didactic. The performances, assisted by the projection of the text and the presence of an Auslan interpreter are aurally enhanced by Marléné Claudine Radice’s evocative sound design, Stephen Rose’s lighting and Fi Hopkins’ and Leah Ridley’s costume designs.

If you have never seen a Rebus Theatre production and of course if you have then Utopiate is must see theatre, not because this hour long satire will satisfy conventional  expectation but because it alters one’s perception of our world and how we  confront life’s challenges and experience. Utopiate is comical and serious, heart-warming and entertaining. And a show of which Rebus Theatre can be truly proud.

Posted by Canberra Critics Circle at 9:23 AM