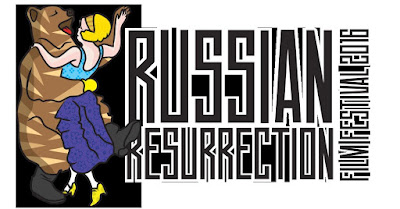 
According to the Russian Film Festival program booklet, 2016 has been declared the Year of Russian Cinema by the President of the Russian Federation, Vladimir Putin.  “The purpose of this dedication to ‘the most important of the arts’ is drawing attention to national cinema, its problems and achievements.”

Kirill Serebrennikov’s film, “The Student”, made a big splash and divided audiences at this year’s Cannes Film Festival.  This controversial film was a good choice to open this year’s Russian Film Festival at the Manuka Cinemas.

Written and directed by Serebrennikov, it tells the story of a student, Veniamin, in the midst of a spiritual crisis.  His own interpretation of the Bible results in clashes at school with other students and his teachers.  His mother, the teaching staff or a priest are unable to cope with the situation and only his biology teacher is prepared to challenge him on his own level.

The central performance by Pyotr Skvortsov as Veniamin is impressive.  Is he really sincere about his religious beliefs or is there a certain amount of boundary-testing involved?  Victoria Isakova as the biology teacher walks away with the acting honours, presenting a very real character you can relate to.  Julia Aug also gives a believable performance as his bewildered, overbearing non-believer of a mother.  The performances of others in the cast are hampered by a script determined to push a particular point of view regardless of reality.  In particular, some of the actions of the school’s Principal seem archaic and unconvincing.

Cinematographer, Vladislav Opelyants, uses the wide screen very well with excellent compositions and production designer Ekaterina Scheglova provides a superb nightmare of an apartment where Veniamin and his mother live.  The director obtains strong, committed performances from his cast and, apart from some over melodramatic moments towards the end, creates a disturbing vision of the effects of religious mania on a community.  It’s an impressive, though uncomfortable, film to watch.

The festival continues in Canberra at the Manuka Cinemas until 6 November.  There is quite a range of films showing to suit all tastes.

Len Power’s reviews are also broadcast on Artsound FM 92.7 ‘Artcetera’ program on Saturdays from 9.00am.
Posted by Canberra Critics Circle at 3:28 PM