Guitarist, Matt Withers, takes you to another world

There’s a sense of calm, of serenity, in Matt Withers’ guitar playing.  Whenever he performs live, it permeates the room, leading the audience into another world of harmony and thoughtfulness.

Withers’ new album, Songs of Yesterday, does the same.  In a program of popular songs, folk tunes, and classical guitar favourites, Withers seduces the listener into a state of relaxation with gentle rhythms and arrangements, but always thoroughly musical. 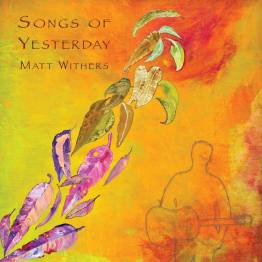 Drawn from personal and audience favourites, the aptly titled, Songs of Yesterday is as varied as it is interesting.  Well-known songs like Vincent (Starry, Starry Night), Over the Rainbow, Cavatina, and Yesterday sit comfortably alongside Francisco Tárrega’s Recuerdos de la Alhambra, and Jobim’s Felicidade.  There’s even the rather cheeky Tango en Skaï by the Frenchman, Roland Dyens.

Withers’ ANU School of Music teacher and mentor, the incomparable Timothy Kain, appears on the album as a guest artist on three tracks by Ennio Morricone.

Of the 19 tracks on the album, giving just under an hour’s music, 15 have been arranged specially for guitar, with the remaining four being as composed.  As one would expect, there are arrangements by John Williams and other classical guitarists like Steve Marsh and Laurindo Almeida.  But there are others, too, like Chet Atkins and prolific Japanese composer, Toru Takemitsu.

Attractively packaged to Withers’ own design, the album features informative liner notes on the pieces as well as bio notes on both Withers and Timothy Kain.


Whether you’ve had a “bugger of a day” or are just feeling like some soothing, calming and relaxing music, played with considerable musicality to take you to another place, Matt Withers’ Songs of Yesterday is for you.  It's available in CD form, or you can download it from your favourite site.
Posted by Canberra Critics Circle at 2:51 PM