COME FROM AWAY - Sydney 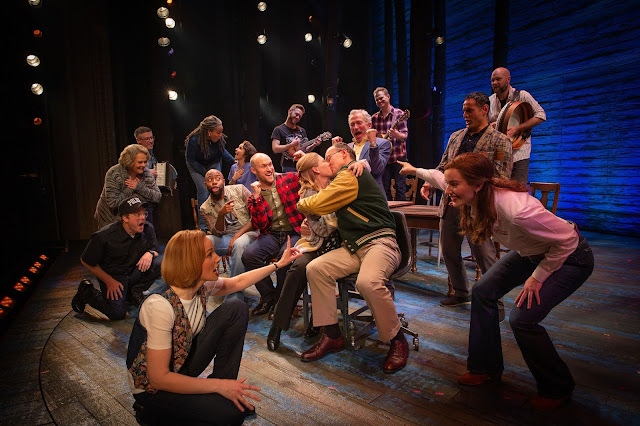 Book, Music and Lyrics by Irene Sankoff and David Hein 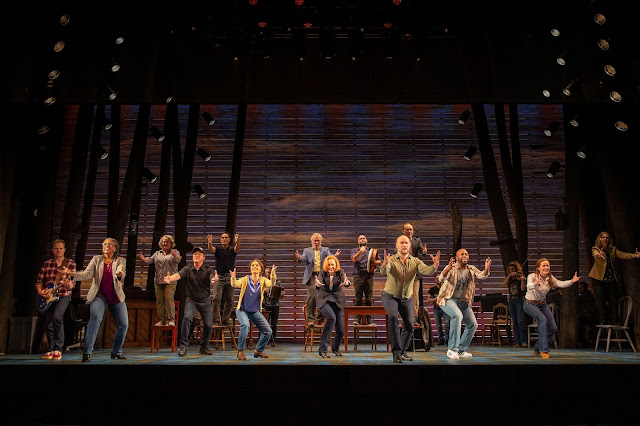 Sydney has been waiting a long time to welcome the Australian production of “Come From Away” which premiered in Melbourne in 2019. Originally scheduled for Sydney in 2020, Covid got in the way, but when it finally did arrive, the entire Sydney opening night audience rewarded the performance with a heartfelt, spontaneous standing ovation.

More a musical doco than your standard musical, “Come From Away” was inspired by true events when on September 11th 2001, 38 aircraft, carrying nearly 7000 passengers from 92 countries, were diverted to Gander,  a little-known town in Newfoundland.

Though the population of Gander was itself less than 10,000 souls, it had previously been an Airforce base and possessed one of the few airstrips in Canada capable of handling the giant passenger aircraft.

10 years after this event, composers Irene Sankoff and her husband, David Hein, visited Gander, interviewed hundreds of the inhabitants about this event, and distilled an amalgam of their stories, into a rousing musical performed by 12 multi-skilled performers.

Having been delighted by this show in the Comedy Theatre during its Melbourne season in 2019, curiosity as how it would play in the much larger Capitol theatre in Sydney, as well as survive several cast changes brought about by the Covid delays, provided compelling reasons for being in the audience for the Sydney premiere.

Delighted to report that the show looks equally compelling in the Capitol, the replacement cast fit like a glove, and the whole show remains as tightly and as brilliantly presented as ever.

Each of the 12 ensemble cast members play a central character as well as a variety of smaller characters to represent both the residents of Gander and the dislocated passengers. All are on stage for most of the show, switching characters with only minimal changes of costume, often accomplished  in full view of the audience, 12 chairs smartly manoeuvred into various configurations, a few other small props and a revolve.

Director, Christopher Ashley and chorographer, Kelly Devine have between them devised a remarkable staging in which the cast are able to swap identities and locales almost instantly to tell the compelling, often touching story of the chaotic events which overtook both the residents of Gander and the unfortunate passengers who did not want to be where they found themselves.

Especially notable with this production is the lighting design which allows the face of every character to be seen whenever they are speaking their lines. No small feat since the introduction of intelligent lighting for musicals seems to have made this possibility a remarkably hit-and-miss affair.

Though there have been several cast changes to the original Australian cast ,  Zoe Gertz remains rock solid as the female pilot, Beverly  whose main concern is her passengers. Emma Powell reprises her role as the warm-hearted local, Beulah, and Sharriese Hamilton continues as the distracted mother, Hannah who is trying to locate her son who was working that day in the Trade Centre.

Kolby Kindle garners his fair share of laughs as the ever-sceptical New Yorker, Bob while Kellie Rode continues as the kind-hearted vet, and Bonnie, who rescues some rare and pregnant chimpanzees.  Sarah Morrison also continues in her role as the fresh-faced reporter, Janice, as does Simon Maiden who plays Oz.

On opening night in Sydney Ash Roussety joined cast original Douglas Hansell as the couple, both named Kevin, whose relationship doesn’t survive the turmoil. American actor Gene Weygandt was impressive as the big-hearted mayor Claude, while Angela Kennedy joined another newbie, Phillip Lowe, to play Diane and Nick, the unlikely couple who eventually marry as a result of their experiences in Gander. All succeeded in creating warm and believable characterisations which pay tribute to the individuals on how their characters were based. 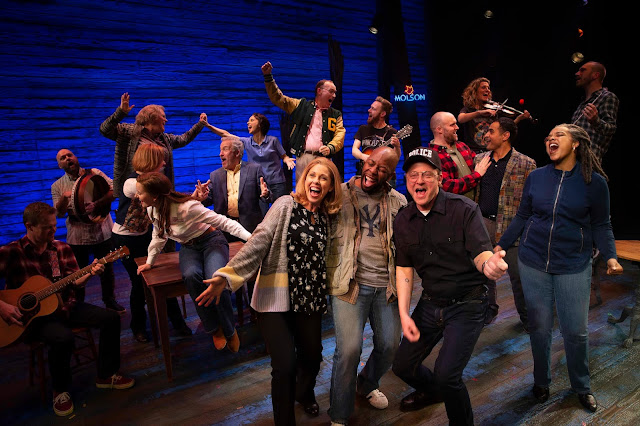 Well worth the wait , this warm-hearted, involving, funny and sad musical, with its toe-tapping score played by seven superb on-stage musicians, offers a theatrical experience guaranteed to thrill all but the most determinedly hard-hearted theatre goer. “come from Away” is a must-see theatrical event.

Photos of the Melbourne Production of "Come from Away" by Jeff Busby.