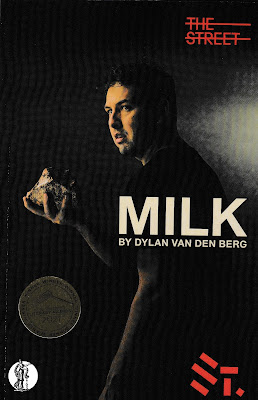 The Street Theatre to 12 June

Attempting to gain an understanding of himself and his turbulent background history proves to be life changing for a young Tasmanian Aboriginal or Palawa man in Dylan Van Den Berg’s play, ‘Milk’.

Taking place on a metaphysical Flinders Island, he encounters a woman who suffered through the oppressive violence of  the early days of colonization and the woman’s grand-daughter in the Vietnam 60s era who denies her heritage with lies about herself.  Their stories give him an insight into himself and where he came from and give us a wider understanding of the need for reconciliation.

This play has already won the 2021 Nick Enright Prize for Playwriting at the NSW Premiers Literary Awards for Canberra-based writer Dylan Van Den Berg.  Deceptively gentle and restrained for the most part, its message is all the more powerful as a result.

Characters A and B symbolically represent the many people of the past who had similar stories to tell of oppression and discrimination from our past and more recent history.   Character C represents both the young writer as well as us, the onlookers, on a journey leading to a better understanding of the need for reconciliation.

The director, Ginny Savage, keeps this play of the mind carefully paced and has obtained very fine performances from her cast of three.  Roxanne McDonald is powerful and believable as the old woman caught up in the violence towards her people in the early colonization of Tasmania.  As the modern 1960s woman who does everything she can to hide her indigenous background, Katie Beckett gives a strong performance of great depth.  Dylan Van Den Berg himself as the searching young writer gives a heart-felt performance that is highly effective and appealing.

The play has been given a beautiful production by the director, Ginny Savage, and the technical creatives at The Street Theatre.  Imogen Keen has designed a striking, dream-like and highly atmospheric set to represent the metaphysical island.  Her costume designs suit the characters perfectly. The lighting design by Gerry Corcoran adds another haunting dimension to the production as does the complex sound design by Peter Bailey.

A play that works on many levels, ‘Milk’ is an immersive, memorable experience.  It fully deserves its recent literary award.

Posted by Canberra Critics Circle at 10:45 AM