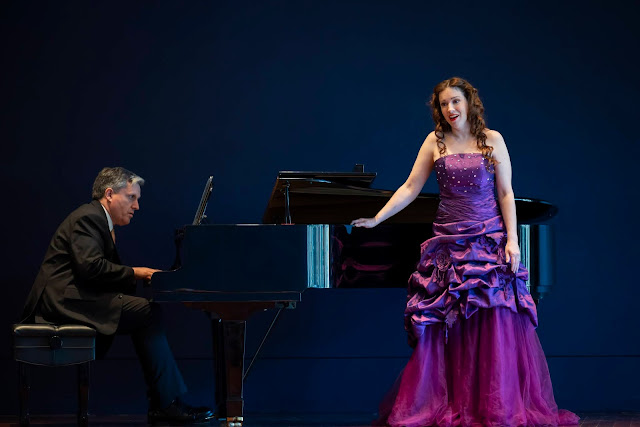 By any criteria Lorina Gore is a STAR. Whether wowing audiences on the stage of the Sydney Opera House starring in productions of “La Traviata” and “La Boheme”, winning prestigious Helpmann Awards for her performances in esoteric productions like “King Roger” and “Hamlet”, or simply singing her heart out and bringing her audience to tears with her  exquisite rendition of  Arlen/ Harburg classic “Over the Rainbow” (Yes, you read right, “Over the Rainbow”)  in her recital for a large and appreciative audience in Gandel Hall, Gore exudes an indefinable star quality in spades.

Canberra Symphony Orchestra’s  Artist in Focus for 2021, Lorina Gore, has forged a glittering operatic career, but for this recital she chose an impeccable  selection of songs which included a couple of operatic arias, but also testing  art songs, sentimental parlour songs, some operetta and musical theatre, a folk song,  and yes, the aforementioned “Over The Rainbow”. 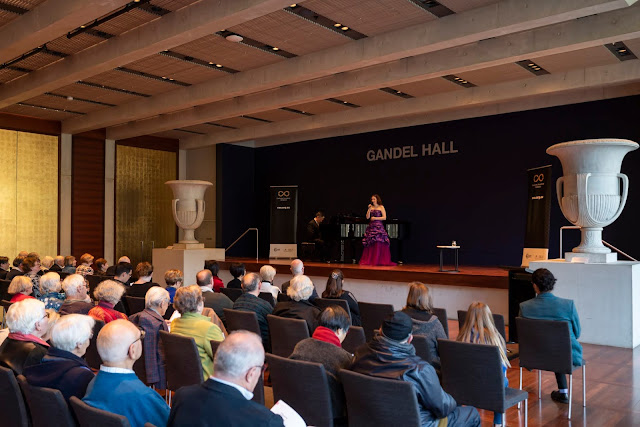 Sporting the first of two glamorous recital gowns, Gore opened her program with Poulenc’s  lovely “Les chemins de l’amour” , which she dedicated to one of her  early singing teachers, Pat Davey, who she explained  had recently died at the age of 99. A gesture much appreciated by her audience, many to whom Pat Davey had been a treasured friend and for whom the lyrics, “You are no more and  your echoes are muted” were particularly appropriate and poignant.

Relaxed and confident, and drawing on her not inconsiderable acting skills and impeccable stage craft,  Gore continued her program with an aria from Mozart’s “ The Marriage of Figaro” and a dramatic interpretation of the Schubert art song “ Gretchen am Spinnrade” which she translated as  “Gretchen at the Spinning Wheel”.  She introduced both with concise and informative explanations, sensibly using a microphone, which she explained was to save her voice for the songs, and both of which were greeted with sustained applause. Gore completed the first half of her recital with the lovely “Meine Lippen” from the Lehar operetta “Giuditta” which she translated as “My Lips Are Very Hot for Kissing”, and received no argument.

After a short interval, resplendent in a shimmering gold gown, Gore commenced the second half of her program with three parlour songs, displaying superb diction in Liza Lehmann’s playful “There are fairies at the bottom of our garden”, Amy Woodforde-Finden’s, “Kashmiri Song, and Stephen Foster’s “Why, no one to love”. The respect with which she presented each song was a compelling argument as to why these songs have remained so popular with audiences over the years. 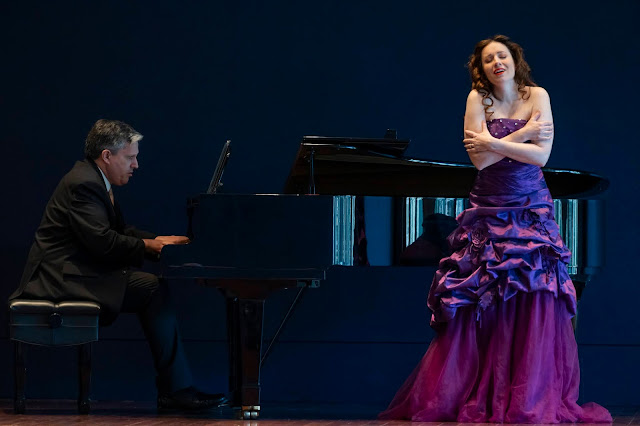 Following two short, sparklingly executed, piano solos by Alan Hicks, Gore returned to Gounod, with “Hereux petit berger” from “Mireille”, then in full opera mode, a stunning rendition of “The Jewell Song” from his opera “Faust”.

Of course there were encores, Lerner and Lowe’s “I Could Have Danced All Night” from “My Fair Lady” and finally, “Over the Rainbow”.

During the concert Gore paid tribute to her accompanist, Alan Hicks. The rapport between the two was obvious as they seemingly breathed together. Gore gives herself over to each song she sings and on this occasion, freed by the attentiveness of Hicks’ self-deprecating but brilliant accompaniment, obviously relished the opportunities it allowed her to explore every possible nuance. It was a joy to share.

This review first published in the digital edition of CITY NEWS on 7th June 2021.